A new herbicide, combing three actives in one formulation, has been launched by FMC to control a broad spectrum of weeds in maize crops.

“The combination of actives contained in Diniro are proven to knock down a broad spectrum of weeds in one application but previously, growers have been unable to mix these actives together in a tank mix. This new post emergence herbicide is a game changer, as it will help growers achieve effective control using the sought-after chemistry, all within one product.

“The list of weeds Diniro is proven to have activity against includes both broad leaf and grass weeds including rye grass, cleavers, groundsel and chickweed,” he says.

John Vickery, regional technical manager at Agrii, says Diniro fits well into an integrated approach and will be important for resistance management over the next few years.

“Weed resistance is currently a big problem in maize crops as the sector is relying on the same chemistry year-on-year to get the job done.

“With the combination and formulation of actives in Diniro, weed resistance is lower due to the multiple mode of actions within the product. 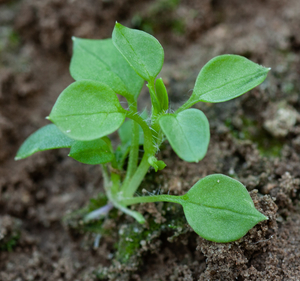 “This chemistry is tried and tested, and we’ve seen it perform consistently in both wet and dry years, so this herbicide could be an incredibly important tool for maize growers going forwards,” he says.

Gareth recommends applications of this post-emergence herbicide should be made after GS12, at the two-leaf stage, around the beginning of June for best practice.

“Reading the label is key when using any herbicide so always check the product recommendations first,” he explains.

“With this formulation and combination of actives, Diniro has the potential to be a one hit wonder for post emergence weed control in maize and combat many of the issues growers face when tackling weeds,” he adds.