Winter feed barley growers looking to try a Vibrance Duo-based fungicide seed treatment for the first time this autumn, after its launch into barley earlier this year, can take heart from yield improvements seen in the latest trials.

Use of Vibrance Duo co-applied with a loose smut-active seed treatment, which Syngenta recommends against the increasing disease problem, delivered as much as an extra 0.75 t/ha over a standard seed treatment, reports Dr Jonathan Ronksley, field technical manager for seedcare for Vibrance Duo producer, Syngenta.

The average yield benefit from the Vibrance Duo-based approach over the standard treatment across all 17 trial sites was an extra 0.15 t/ha, he notes. 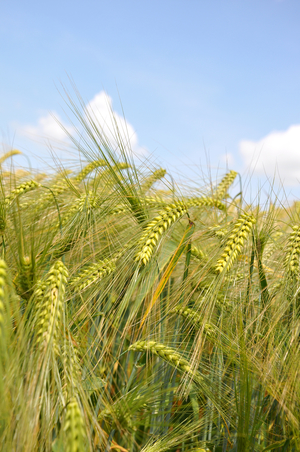 “Even in hybrid barley, which is known to produce vigorous growth anyway, the Vibrance Duo-based approach still produced improvements in establishment, plus rooting and yield. Hybrid barley root weight in a later-drilled situation on light land, for example, was boosted by a full 27%.”

Winter wheat trials conducted in the difficult conditions of last season also confirmed improvements in establishment, rooting and yield from Vibrance Duo, as seen over previous years, says Dr Ronksley. Its use in an early drilling situation of 12 September – when kinder establishment conditions might have been expected to reduce the benefit of using a fungicide seed treatment – still delivered a 0.18 t/ha increase in yield, he notes.

“Over numerous years of trials and across multiple crops, we have seen Vibrance Duo to be a very robust treatment.

“Vibrance Duo is an excellent new option for use on winter feed barley. It cannot be used on barley seed crops grown for certified seed production, and we are still awaiting the outcome of the malting barley approval process, so for this season we do not recommend use on winter malting barley,” Dr Ronksley notes.