Eric Watson, a farmer in Ashburton, New Zealand, broke the world record for the highest wheat yield in 2020. Achieving an amazing 17.39t/ha, the result breaks the previous record of 16.79t/ha from 2017… also held by Eric Watson. With his second consecutive Guinness World Record, many are understandably curious about his methods and approach.

“I always like to improve and see if I can do better,” says Mr Watson. “That’s what drives me. That spins off into my other operations.”

Mr Watson is characteristically modest about his achievement and quick to point out the collaborative nature of farming and how circumstances that were on his side. “The weather was very kind to us,” says Eric. “It was never too hot, and we had cold, dewy nights. The wheat varieties also change and are always getting bigger. It all adds up.”

The farm itself grows a wide variety of crops and does not just focus on grain. According to Mr Watson, there is generally a balance: about 1/3 wheat, 1/3 ryegrass, and 1/3 other crops, including spinach, chicory, radish, and more. This balance will shift depending on the rotation and conditions. This last season, for example, saw grass crop account for over 40% of the total.

Paul Johnston, Yara’s New Zealand arable specialist who has worked closely with Mr Watson, was asked on a recent podcast what made the difference. “Eric’s attention to detail,” says Mr Johnston. “He’s committed to doing what he can for the crop. He keeps an open mind. I have a phrase I use a lot: ‘planning, planning, planning.’ That’s what Eric does, more than many farmers do.”

Part of this planning involves continual monitoring and deploying the right products as necessary. Eric has a long history of soil testing and tissue testing throughout growth. 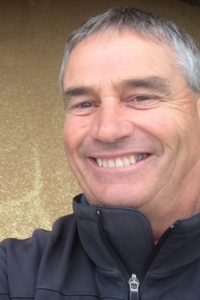 “We continually monitor and make sure everything is in place,” says Mr Watson. “It’s an ongoing process.” Key to this is a robust nutrient management programme. Eric ensures that micronutrients are closely observed and the macronutrients are applied so that they will be picked up during growth.

The biggest change since the last record-breaking result has been the addition of liquid nitrogen. “We were struggling to spread evenly at 32m, so I made the decision to use liquid,” says Mr Watson. “We’ve also had issues with manganese recently and been focusing on boron in the last three seasons. One product we’ve had great success with is GRAMITREL, which contains manganese, zinc, copper, magnesium, and nitrogen.” A product in the YaraVita range of crop micronutrient fertilisers, YaraVita GRAMITREL is produced to target the leaf or fruit and deliver a specific nutrient mix exactly when and where the crop needs it.

Mr Johnston testifies to the care and preparation Mr Watson, a keen advocate for precision farming, brings to his crop, pointing to his willingness to identify any potential problems in advance and seek advice, before deploying a product to rectify the issue. “It doesn’t cost you a lot to grow a good crop,” says Paul, “but it does cost a lot to grow a poor crop.”

Where does a two-time world record holder go from here? Eric is not planning to rest on his laurels (though has allowed time for a well-earned celebration). He and Paul are already looking forward to getting started. “It’s fun right from the start,” says Mr Johnston. “I’ve worked with Eric for five seasons now. It’s a great excitement and joy to see the progress and you get a great thrill. It’s a real team effort. That’s what it’s all about.”

For his part, Mr Watson is clear that attention to detail and planning come first. Careful monitoring of wheat varieties, soil analysis, tissue testing, and using the right products all come together in a well-rounded strategy that produces the results he’s aiming for.