The launch of new Orondis Plus will give onion and lettuce growers a valuable new tool to add to fungicide programmes this season.

The inherently high potency of the active, oxathiapiprolin (OXTP), in Orondis Plus, used in combination with Amistar, has proven highly effective in preventing key diseases in both crops, including downy mildew and botrytis, advises Syngenta Technical Manager, Michael Tait.

For both onions and lettuce applications, Orondis Plus will be supplied in a co-pack with Amistar. It is imperative to always use the two in combination.

“Primarily it is a resistance management strategy to protect the immense value of OXTP. Adding Amistar further broadens the spectrum of disease control and brings the physiological effects on plant health of benefit to the crop,” he added.

The action of Orondis Plus sees rapid uptake into the leaf structure, which ensures good rainfastness and avoids wash-off for integration into irrigation scheduling.

Mr Tait highlighted the product’s activity is principally protectant against disease germination and preventing ingress into the plant. It breaks down lipid movement between cell walls of targeted disease pathogens, which works in tandem with the respiratory inhibition action of Amistar.

With the high level of protection offered, he recommended that, in onions, Orondis Plus would be used early in the spray programme, again mid-season and, because of the relatively short phi of 14 days, near harvest. 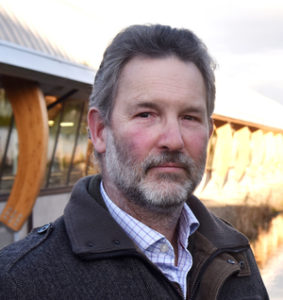 In lettuce, the two permitted applications should be made before disease becomes established, probably early to mid-season in the programme.

Whilst OXTP has previously been available for onions, the Orondis Plus label now provides 30% more active per application. The combination with Amistar adds to the activity against downy mildew, while at the same time providing control of a broader spectrum of diseases.

“That combination had performed exceptionally well in UK onion trials by VCS in preventing the onset of downy mildew infection and keeping the crop clean through the season,” he reported. By the end of August, it had performed around twice as effectively as a UK standard fungicide programme for foliar disease control.

Furthermore, using the combination of Orondis Plus with Amistar has a harvest interval of just 14-days, compared to 28 days when OXTP is partnered with benthiavalicarb.

For application in onions, Mr Tait advocates inclusion of a high-quality adjuvant in the tank mix. “This improved efficacy against onion downy mildew, by ensuring the product got into the waxy leaves.,” he advised.

Mr Tait added that whilst mancozeb has been given a stay of execution by UK regulatory authorities, despite being banned across the EU, it has retained the right to withdraw the active at any time. “The introduction of Oronids Plus does give growers and agronomists the option to instigate season-long fungicide strategies without mancozeb containing products in the programme.”