With oilseed rape prices significantly higher than this time last year, there could be more of the crop going into the ground this autumn. But before making a final decision, leading agronomy firm Hutchinsons urges growers to think carefully about how they will get crops to perform well amidst the many establishment challenges.

“Generally, the earlier oilseed rape is sown, the better it performs. Although flea beetle pressure is quite seasonal in this region, it’s clear that late sowing increases the risk of crop failure, and we’re almost at a point where the 15-20 August is the cut-off for drilling. Putting seed on during the first week of September and hoping for the best simply doesn’t work.”

Sowing into seedbeds with adequate moisture, at an even depth with good seed-to-soil contact is vital for strong, consistent establishment, which can make subsequent pest pressure more tolerable. However, he acknowledges this is often challenging given the vagaries of the British weather, and narrow drilling window, particularly in northern areas. 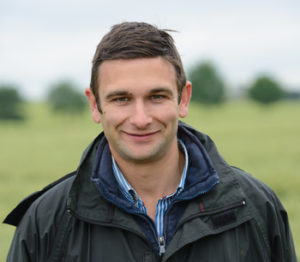 “There aren’t usually that many winter wheat crops cleared by the 15 August here, so growers have got to think longer-term about where oilseed rape fits within the rotation and not be too reactive. For many, it means growing winter barley or perhaps an early-maturing wheat variety before oilseed rape to allow a timely entry.”

Optimising nutrition in the seedbed and again early in the spring will help exploit the natural vigour of conventional and hybrid varieties, Mr Stead says, and it is also important to control any other pests – namely slugs and pigeons – through autumn and winter.

“If crops are living with flea beetle larvae inside the stems, we cannot afford to have anything else that sets them back.”

Hutchinsons technical support manager Neil Watson says before deciding to grow any crop, oilseed rape being no exception, it is important to identify the yield required to break even and then ask whether this can be practicably achieved.

“Consider alternative break crops and other options, such as the two-year legume mix within the Countryside Stewardship Scheme, which at a payment of £522/ha, effectively sets a ‘floor’ for the potential returns possible and means an osr yield of at least 2.3 t/ha is needed to make this a better option financially.”