Plant professionals from science, government and industry are gathering in Dundee to take part in Scotland’s Plant Health Conference – an event that will shine a light on the importance of keeping our plant resources safe in the face of threats from damaging pests and diseases.

The event is being organised by the Scottish Government, Scotland’s Plant Health Centre, Scottish Forestry, NatureScot and the Horticultural Trades Association. The theme this year is plant biosecurity, important to everyone who works with or handles plants.

A series of presentations will cover serious existing threats, such as cyst nematodes on potato, newly discovered ones including Phytophthora pluvialis that is affecting western hemlock and Douglas fir trees, and those that aren’t here yet, for example Xylella fastidiosa which can infect hundreds of plant species.

The Chief Plant Health Officer for Scotland and Head of SASA, Professor Gerry Saddler, will introduce the day, before its official opening by the Minister for Green Skills, Circular Economy and Biodiversity, Lorna Slater MSP. Closing remarks will be provided by Dr Sallie Bailey, the Scottish Government’s Deputy Chief Scientific Advisor for Environment, Natural Resources and Agriculture. 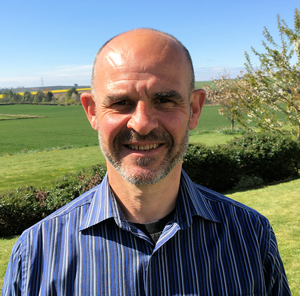 Professor Ian Toth, a senior scientist at the James Hutton Institute and director of Scotland’s Plant Health Centre, said: “Since the arrival of ash dieback to the UK in 2012, the importance of plant health has continued to increase. There is an ever-growing list of threats to our shores, but on the positive side, people from all walks of life are becoming more aware of the risks.

“Following the International Year of Plant Health 2020, the UK introduced a plant health week in May every year to promote biosecurity messages and increase awareness of plant health threats. For example, May is the month that sees many of us starting to set off on our holidays abroad, and especially this year after 2 years of travel restrictions. The ‘Don’t Risk It’ campaign makes people aware of the risks associated with bringing plants, flowers, fruit and vegetables back into the UK from holidays abroad.”

Professor Gerry Saddler added: “For plant biosecurity to work and for Scotland’s iconic natural and cultivated plants to remain healthy, and for the species that rely on those plants – including us – to flourish, it is vital that we all do our best to minimise these new threats. Engaging with the public is therefore a major aspect of the work that plant health organisations need to do.”

Scotland’s Plant Health Conference will also discuss the recently announced Plant Health Accord, which will see over 30 UK entities commit to improving public engagement with plant health and biosecurity. It is hoped the Accord will kick start national conversations in this area and promote actions that we can all take to protect plant health.