Don’t cut back on T0 sprays to save costs, is the advice from leading off-patent manufacturer Life Scientific.

Reports of yellow rust in wheat crops means growers should be planning both preventive and curative control in their T0 sprays.

Getting on top of yellow rust early is crucial to avoid losing valuable margin and can be achieved in a very cost-effective way, says Ruth Stanley UK & IE country manager for Life Scientific.

“Protecting and maintaining green leaf area for as long as possible with a well planned fungicide programme is essential, as allowing any disease to take hold reduces the crop’s photosynthetic capacity, increasing the likelihood of earlier senescence and lower yields.”

“It is well worth remembering that yield losses of 40–50% can often occur in untreated yellow rust susceptible wheat varieties.” 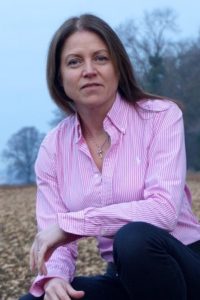 “Wheat crops generally established well last autumn and are showing great potential so it does not make sense to start losing yield this early on in the season – especially when control can be achieved very cost-effectively. ”

“Most wheat crops will be approaching T0 at the end of March or beginning of April with the exception of some early drilled crops or varieties.”

“Fortunately the yellow rust pathogen remains sensitive to azoles and tebuconazole is very effective at knocking out any early yellow rust infection, but also preventing the onset of disease,” she says.

“If there are no pustules visible yet, they are on their way.”

“Even a 50% dose of Zonor provides enough azole to prevent disease building and yield loss before the T1 timing.”

Mrs Stanley advises paying attention to varietal rust ratings. “Prioritise spraying susceptible varieties rated 3 or 4, but varieties with higher Recommended List ratings cannot be ignored, especially if it is based on adult resistance, which may not kick-in until late in the season. “

“If disease establishes early, it can cause significant damage before adult resistance takes effect, so needs controlling.”

Life Scientific is able to offer off-patent products to agronomists and growers faster based on the company’s unique scientific concept to reverse engineer a product from the original to produce a product accepted as the same by the regulatory authority.