With contracts still availble, Dr Herold’s session was a timely reminder of the important role of legumes in a rotation and how to get the most from them.

“As nitrogen fixers, peas can bring yield benefits in following cereal crops of 0.6 to 0.9 tonnes per hectare,” said Dr Herold. “Gross margins of rotations including legumes can exceed those without.

“They offer a disease break and are a good source of home-grown protein for both animals and humans too. ”

Dr Herold emphasised the importance of getting seed germination tested.

“There are abnormal seedlings in peas, which can happen due to mechanical damage, hollow heart or glyphosate damage. Peas can also suffer from marsh spot, which is caused by a manganese deficiency. ”

Germination rates increase as the season progresses, so Dr Herold recommends growers allow for 18% germination loss with early sown crops, 13% for those sown in March and for April sowings, 7%. 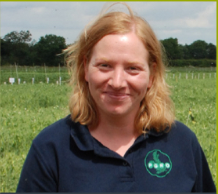 “Good soil conditions are critical to establishment,” she said. “Peas are very sensitive to compaction and waterlogging. These conditions can lead to reduced emergence, increased disease risk, reduced root development and nodulation, as well as reduced yields. ”

PGRO has trialled the use of cover crops with vining peas in the last few years.

“We’ve been exploring whether we can use other legume species within a rotation that includes vining peas,” she said. “We’ve trialled black oats in combination with oil radish, phacelia and berseem clover. We also had winter vetch as a stand alone cover crop.”

“Our findings indicate that berseem clover and winter vetch are fine cover crops ahead of vining peas.  We also recommended, as a result of this research, early drilling of cover crops, ideally in mid-August and no later than mid-September. ”

“There’s a range of options at pre-emergence.  Nirvana® (imazamox + pendimethalin) at 4.5l/ha or Stomp Aqua® (pendimethalin) at 2.9l/ha are both highly effective on broad leaved weeds, for example. Where grass weeds are an issue, growers have graminicides such as Falcon (propaquizafop).”

“Bentazone is one of the few remaining post-em options but growers do need to follow the stewardship guidelines,” warned Dr Herold.”Bentazone is widely detected in ground and surface water – both more often and more widespread than any other active ingredient. ”

“The maximum dose is 1000 grams per hectare and can only be used from April during spring and summer.”

Foot rot is probably the most important disease in peas and is caused by a disease complex containing three soil-borne pathogens:

“The two main viruses which affect peas are pea enation mosaic virus and the pea streak virus, both of which are very dominant in crops. A study project we ran with FERA, was the first to discover turnip yellow virus in pea crops in the UK.  In 2019 it was the most found virus in peas. This is something growers need to consider moving forward.”

It is recommended growers use five traps in the margins of previous years legumes or the current crops margins by mid-February. Dr Herold emphasised that traps should be checked three times per week and that the threshold per trap is an average of 30 weevils.

“If the crop has emerged in the last 10 days or will do so within the next 10 days, it is advisable to spray when the first signs of weevil notching are seen and the threshold reached. It’s important to note the pyrethroid resistance is widespread in pea and bean weevils.”

For pea moths, use one trap system per 50 hectares block of peas.  It should be set in place by early May, with the threshold being 10 moths recorded on two consecutive occasions.

The spray date is predicted by the PGRO model and available for all regions on the PGRO website: www.pgro.org/pea-moth.

My thanks go to Dr Herold for sharing her insights into how best to grow and manage combining peas. If you’d like to watch the full webinar visit: https://basfrealresultsfarm.com/