Arable plant pathologist, Philip Walker of ADAS Boxworth reminds growers that there is still no chemical treatment for verticillium stripe (previously known as Verticillium wilt) in oilseed rape, so “we rely on variety resistance.”

“It has been reported that this soil-borne disease can persist for 10 years in the soil, so adjusting rotations to manage can be impractical.  Philip advises a rotation of at least 1 in 5 for verticillium as well as Sclerotinia in rape. When monitoring levels in the soil, there is usually a general trend for decline over time, but it rarely gets to zero, demonstrating its persistence,” he says.

Mr Walker says there was a high severity of verticillium in crops this year due to the dry conditions in the spring. “This year in ADAS trials on confirmed verticillium sites, symptom expression was seen at least two weeks earlier in late June (ie when desiccants are applied rather than when desiccation is complete). Symptoms included yellowing or grey stripes, usually on one side of the stems of rape plants. Underneath these vertical stripes, when the outer stem layer is peeled back, you could see grey vascular tissue and, using a hand lens, tiny black dots called microsclerotia.”

“Microsclerotia survive in the soil for at least 10 years, germinating in the autumn in response to root exudates from newly planted crops and invading the roots of oilseed rape seedlings.  The crop shows no symptoms at this stage. At stem extension the infection spreads from the roots into the vascular system, colonising the stem. This causes premature ripening and yield reduction, explains Philip “The dry conditions this year will mean that more farmers will have seen verticillium symptoms in crops, particularly in hotspots such as the East and SouthEast.”

Considering what can be done to control verticillium, Philip says that cultural control strategies such as adjusting drilling dates have been investigated but not been proven to be effective. 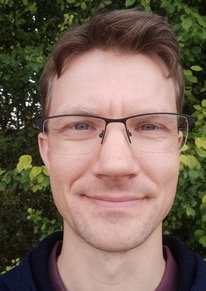 “For those who have seen verticillium this harvest, the only control option available at the moment is to grow a resistant variety,” he says. Mr Walker says that there are differences in verticillium resistance between varieties, with many of the more modern varieties that have high vigour, good standing power and possibly pod shatter resistance able to compensate for or tolerate this disease, even where a high degree of infection is seen,” says Mr Walker.

“In ADAS trials this year there have been clear differences between susceptible and resistant varieties in the field. The variety Quartz for example is considered highly susceptible and had a severity index score of 97 out of a 100 for this disease in our trials. Many modern varieties are in the 50 – 65 range showing moderate resistance and are able to withstand this disease.”

AHDB has been looking at ways of introducing a resistance rating to verticillium in the AHDB recommended list and this is expected to be introduced in 2023.

“To manage verticillium, you need resistant varieties. There is no other real option,” says Neil Groom, general manager for Grainseed. “Once you have identified this disease on your farm, you need to plant a variety with known proven resistance. Trials show distinct differences in susceptibilities between oilseed rape varieties. Tested on sites with known verticillium infection, varieties which are close to the reference variety Flamingo are classified as tolerant. Other ones like Quartz and Harper are classified as susceptible. Grainseed oilseed rape varieties such as Es Mambo and Keeper have proven resistance to verticillium, following several years’ independent trials and commercial experience. Mambo has been the most resistant variety in AICC trials.”

Growing a variety with strong all-round disease resistance can save money, but of course variety selection is made prior to drilling. “Once the crop is in the ground, there is nothing else you can do to control verticillium,” says Mr Groom.

Working with plant breeder Mike Pickford over the last 5 years, we have been focussing on breeding clean varieties for the UK to enable growers to reduce inputs, reduce risk of weather delays in fungicide application and improve genetic resistance.

Keeper is the first of these clean varieties and growers will notice the greener stems at harvest. This helps the plants keep photosynthesising and building yield and results in very large seed at harvest.