Plant pathologist Dr. Faye Ritchie of ADAS Boxworth reminds growers that there is no chemical treatment for verticillium stripe (previously known as Verticillium wilt) in oilseed rape, so “we are reliant on variety resistance.”

“It has been reported that this soil-borne disease can persist as microsclerotia for at least 10 years in the soil, so adjusting rotations to manage it is impractical. When monitoring levels in the soil, there is usually a general trend for decline over time, but it never gets to zero. It has the potential therefore to persist until a susceptible crop is planted,” she says.

“For those who have seen verticillium this harvest, a decision must be made to grow a resistant variety and avoid using home saved seed if verticillium is found on the farm. Ideally you need to avoid getting this disease in the first place,” says Dr Ritchie. She warns that verticillium levels were high this year with clear differences between susceptible varieties and resistant ones in the field. Verticillium levels in commercial crops can vary from year to year, she says. Sometimes it’s as low as 5%, however, it’s been closer to 20% of crops affected. Levels in individual fields in the East can be higher, with over 50% of plants being affected.  “As symptoms are only seen when the crop is senescing or has been desiccated, it is easy to underestimate how common verticillium stripe has become.”

AHDB has been looking at ways of introducing a resistance rating to verticillium in the AHDB recommended list and hopefully this will be introduced in 2023. 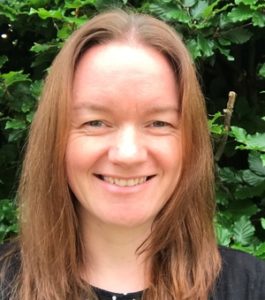 Dr Ritchie reports that disease symptoms are seen when the crop ripens. “Microsclerotia survive in the soil for 10 years to infect subsequent crops, germinating in response to root exudates and invading the roots of oilseed rape seedlings. At stem extension the infection spreads from the roots into the vascular system, causing premature ripening and yield reduction. When the crop is senescing, look out for yellowing or brown stripes on the stems of rape plants, often on one side only. It is these stripes that has led to the renaming of this disease, (as you rarely see wilting) and the name change brings us into line with other countries. Underneath these vertical stripes, when the outer stem layer is peeled off, you can see grey vascular tissue and, using a hand lens, you can sometimes, but not always, see tiny black dots or microsclerotia.”

“To manage verticillium, you must use resistant varieties. There is no other option,” says Neil Groom, technical manager for Grainseed. “Once you have identified on your farm, you need to plant a variety with known resistance.”

“Trials have shown that there are distinct differences in susceptibilities between oilseed rape varieties. Tested on sites with known verticillium infection, varieties which are close to the reference variety Catana are classified as tolerant. Other ones like Quartz and Harper are classified as susceptible. Most Grainseed oilseed rape varieties including Es Mambo, Keeper and Elevation have proven resistance to verticillium, following several years’ independent trials and commercial experience. Mambo has been the most resistant variety in AICC trials.”

Growing a variety with strong disease resistance can save money, but of course this decision is made prior to drilling. “Once the crop is in the ground there is nothing you can do,” says Mr Groom.

In the UK there is limited data on yield losses; however using a resistant variety where verticillium is present can help protect yield. Yield loss is due to reduced seed size, as the infection restricts water and nutrient uptake. High risk conditions include warm, dry springs, summer drought, tight rotations, use of infected seed, stressed crops and sowing of home saved seed.