Arable farmers looking for ways to become less reliant on inputs without reducing margins are being advised not to ‘shock the system’ by a leading farm consultancy.

Speaking ahead of Cereals ’21, George Badger of Ceres Rural acknowledges that no farm can afford to stand still over the next five years but urges caution when it comes to making sudden and sweeping changes.

His advice is to focus on soils and improving their resilience, which he believes will be a key action for maintaining profitability as BPS payments reduce and the move to Regenerative Agriculture gathers pace.

“Sustainability is not a short-term game and the financial results from new farming systems can take years to materialise,” he says.

“While there are interesting concepts in Regenerative Agriculture that every farmer could adopt and benefit from, they need to be introduced in a steady and sensible way.”

Profitability fell by an estimated 14% on arable farms in 2020, due to the combination of crop establishment difficulties, lower yields and break crop vulnerability to extreme weather, he reports.

Against that background, 2021 will see the first BPS reductions apply, as England moves to a support system based on ELMS – the first component of which is scheduled to start in 2022.

“Farmers should use the BPS transition period and remaining payments as a way of making gradual on-farm changes and putting the foundations in place for a sustainable and profitable future.”

Being both regenerative and commercial starts with appropriate input savings made possible by healthy soils which are functioning well, he notes. 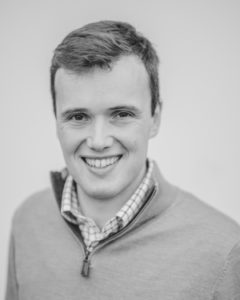 “Making a gradual shift to lower disturbance methods and using cover or catch crops and organic manures will build that resilience in soils and give you more chance of success.”

Rotations and cropping choices will also be key, he highlights. “There’s been an increase in straw crops and pulses, at the expense of oilseed rape, with rotations lengthening and becoming more diverse.”

“Even an unfunded one year fallow can still stack up in certain situations.”

“Take independent advice, learn from best practice and try things out on your own farm. Being flexible in your approach, especially on heavier soil types, has been shown to be important.”

He adds that there will also be opportunities in the next five years arising from land occupation changes, rent re-alignments and collaboration initiatives.

Financial help from Government schemes such as the Farming Investment Fund and Sustainable Farming Incentive, as well as the private sector in the form of carbon offsetting and biodiversity net gain is available – which growers should take advantage of as they implement new systems.

“Change is expensive,” stresses Mr Badger. “It’s better to start small and analyse the results, before moving on, than risk a crop failure.

“It can take years to get your soil in the right condition for Regenerative Agriculture to give consistent and profitable results. Patience and a gradual approach are more likely to be rewarded than a sudden switch.”