After a complicated year in 2020 throughout Europe, Copa and Cogeca is forecasting better results for the 2021 harvest. Still, for cereals, the total EU-27 production should be about 3.8% beyond the 5 year trimmed average with around 292.45 million tonnes, while for oilseeds EU production could reach the threshold of 30 million tonnes, 1.6% beyond the 5 year trimmed average.

In its first forecast released today, Copa and Cogeca foresee the EU-27 cereal harvest increase by 1.6% (292.42 million tonnes) as a result of a surge in plantings (52.10 million hectares +0.7%) and better yield prospects than in 2020. For wheat, the start of the harvest will be delayed by more than a week due to low spring temperatures and excessive moisture in recent weeks, which have slowed plant development. The soft wheat harvest could reach 130 million tonnes (+7%) while spring cereals production is expected to be down (-5.4% for barley, -4.9% for oats, -4% for rye and -0.8% for maize) due to lower plantings offset by an increase in the total wheat area (+4.7%).

Jean-François Isambert, Chair of the Cereal Working Party commented, “This positive outlook for cereals should allow for the replenishment of EU-27 ending stocks for 2021/2022. These good figures will not necessarily be reflected in the bottom line for farmers as we face rising production costs.”

The price of fertilisers is in fact higher in Europe than elsewhere in the world because of the protection by custom duties and anti-dumping measures that cost European farmers €1.6 billion a year. If carbon border adjustment mechanisms were to be added to this, the price of fertilisers would skyrocket, further increasing the cost of agricultural production in Europe, while making the use of imported foods more competitive and attractive. 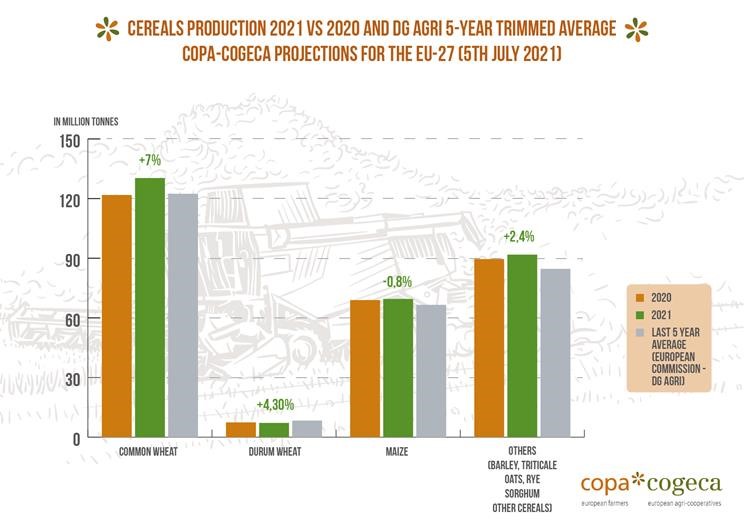 Pedro Gallardo, Chair of the Oilseeds and Protein Crops Working Party commented, ‘The EU-27 rapeseed area is at 5.33 million hectares which is significantly lower (-7.6%) than the 5 year trimmed average (5.77 million hectares). Farmers need oilseeds to lengthen the cereal rotation but no longer have enough effective tools to protect rapeseed against pests. Without a safe and effective toolbox at hand, especially where farmers already use low levels of pesticides, it is scientifically proven that yields will be reduced, and therefore food security in the future will be threatened.”

Copa and Cogeca call for accelerated procedures to bring new effective technological solutions such as new plant protection products, biocontrol solutions and better performing varieties to the market and to have alternatives before banning existing tools with proven effectiveness. 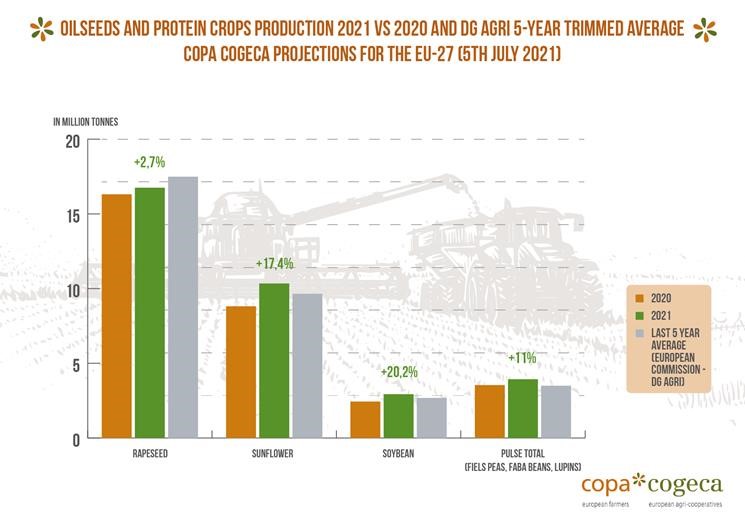