The first USDA 2017/18 global supply and demand projections point to lower output and increased demand, resulting in lower closing stocks for most grains.

Global 2017/18 wheat production is forecast 2% lower year on year at 737.8Mt, but is the second highest figure on record. However total consumption is also expected to decline, only slightly, meaning that closing stocks for next season are seen 1.2% higher at a record 258.3Mt. The STU ratio for wheat is projected at 35.1% in 2017/18 up from 34.7% this season. However, if we calculate the global wheat 2017/18 STU ratio excluding China, then it is expected to fall to 21%, the lowest since 2007/08. This suggests that there isn’t as much mobile wheat stock in the global market as headlines suggest.

The thing to bear in mind here is that even though 2017/18 output is forecast lower than consumption, record level stocks from 2016/17 are expected to provide a cushion. However, with stock levels generally expected to deplete next season, the market is more open to supply shocks going into 2018/19 which could increase volatility. 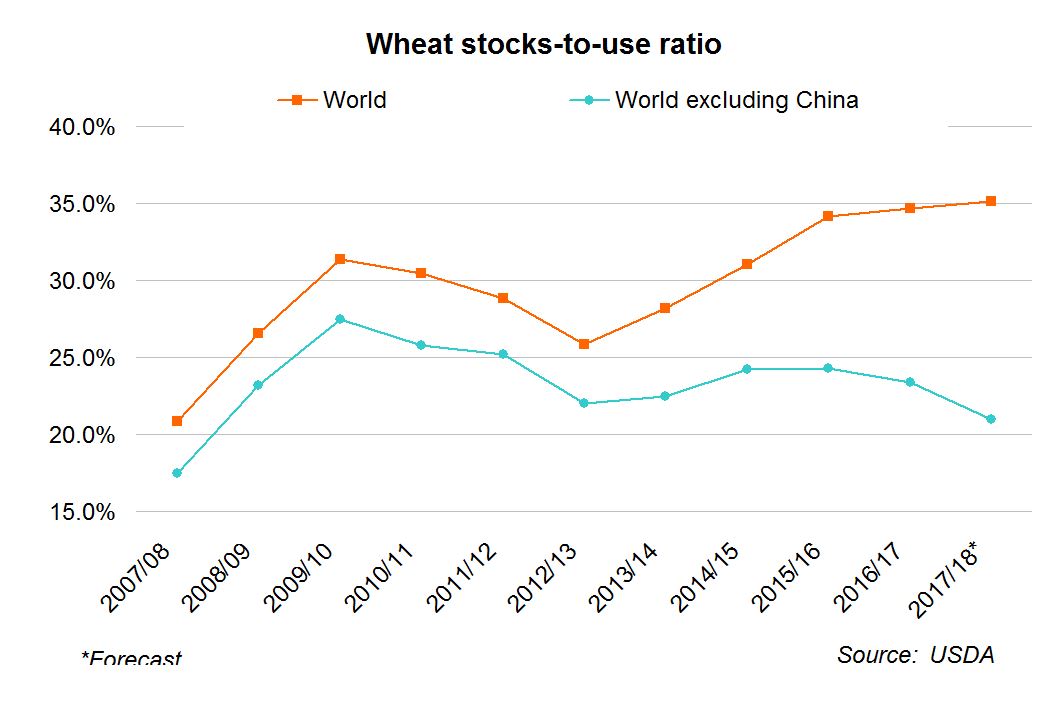 This article was supplied by Millie Askew of AHDB Market Intelligence