RGT Planet has been Ireland’s favourite spring barley for the past five years and shows no sign of relinquishing its crown.

More than one in three fields of spring barley sown in the country this season will be RGT Planet.

The variety has earned a reputation of unrivalled consistency among growers and maltsters, thanks to its strong agronomics and excellent grain quality. It has become a firm favourite within the brewing supply chain and has also taken a significant share of the feed barley market.

“We knew we were looking at something different when we saw RGT Planet in our screening trials in Shanagarry in County Cork in 2013,” says Donal Fitzgerald, arable seeds general manager at Goldcrop, a leading supplier of seeds and inputs to agriculture and horticulture across Ireland.

“It was on really good land with a great local maritime climate and Planet jumped out at us – it’s not too often you get something that yields 9% more than controls.”

“RGT Planet was the variety that broke the mould,” says Mr Fitzgerald. “It certainly raised expectations – it was the first of the very high yielding varieties that has enabled growers to budget for a harvest grain yield of 3.5t/acre, with some growers nowachieving up to 4t/acre in good years.”

Spring barley is Ireland’s biggest arable crop, with 110-120,000ha sown each year. Malting barley production, which is split evenly between brewing and distilling, accounts for 35-40% of that area after a significant expansion over the past 10-15 years particularly due to an increase in whiskey production but also in malt exports and beer production.

“It’s a very important crop here,” says Mr Fitzgerald. “People who know their malting barley better than I do tell me our long growing season and the slow ripening the crops go through adds something special to the quality.”

RGT Planet is forecast to take 35% of the total spring barley area this year, keeping it firmly in the number one spot, a position it has held since 2017 thanks to its consistent 30%+ market share.

About half of that RGT Planet area, around 20,000ha, will be grown specifically for the brewing market, which the variety dominates. 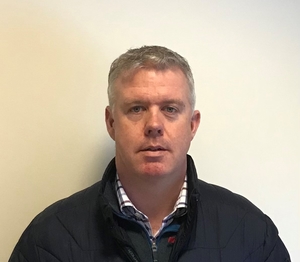 “RGT Planet’s consistency has been key to its popularity,” says Mr Fitzgerald. “This is reflected in its global uptake and performance – it produces the goods, come wet or dry, early or late.”

The variety is very vigorous, putting down strong roots and tillering profusely. It has good resistance to rhynchosporium and is excellent on ramularia. And good chemistry will help to keep net blotch in check.

Grain quality is as important as yield, and the variety produces an excellent sample, helped by its reluctance to deteriorate in the field, protecting specific weight and germination.

“This is a really important trait and far outweighs the main concern growers had, that the straw can break down quickly at harvest, particularly if bad weather hits a ripe crop,” says Mr Fitzgerald.

“But, as one farmer put it, that’s not surprising when you are growing a winter barley yield on a spring barley straw. Our trials have shown that any yield loss from brackling is generally very small and RGT Planet’s ability to hold on to its quality is worth far more than a few heads on the ground.

“Growers know how to grow it. They know they can harvest a big crop and meet the specification and get the premium time and again – rule number one of malting barley.”

The variety is also a firm favourite among maltsters and brewers. “RGT Planet is very easy to work with and has a high brewing yield. Once end users have a variety like this, they are generally reluctant to change.

“Given its popularity on other countries, they also know that can export grain or malt from Ireland and that it will be accepted wherever they send it.

“I believe it will continue to remain the preferred variety of all major breweries who note its superb consistency as being a huge plus.”

The future looks bright for RGT Planet, even more so given the limited supply of new, better quality varieties in the VCU trials pipeline to challenge its position.

“It may slip a bit in the feed market to the availability of new higher yielding varieties, but it is going to take a hell of a variety to displace it in the brewing sector,” says Mr Fitzgerald.