LG Diablo could become the number one spring barley variety in Scotland in the next two to three years, if it maintains the strong performance seen so far on-farm and throughout the malting process.

That is the view of Bairds Malt commercial director, Eddie Douglas, who has been impressed with the variety’s consistent quality and good yield potential, even when it is grown further north in the UK.

“We were initially wary of LG Diablo’s slightly later maturity, so in the first year, limited our area to the Lothians and Borders region, before trying it in Aberdeenshire the following year. It performed well in both areas; so well that the variety now makes up 50% of the volume at one of our intake points in Aberdeenshire, and last harvest we saw good crops from as far north as the Moray Coast.”

Looking back, he notes that Optic’s maturity used to be deemed “too late” for Scotland, but it soon went on to become an established variety across the country. “LG Diablo’s later maturity is something to watch, but it shouldn’t be an issue. I could see it being the number one variety in Scotland within the next two to three years, if performance is similar to the past three seasons.”

Indeed, Mr Douglas believes LG Diablo may have potential for growers even further north, into the Black Isle region, so will be trialling it at the Bairds Malt variety screening site near Inverness this spring.

“We’ve been running our own private trials programme at various sites for the past 20 years. It gives us the opportunity to test the performance of new and existing varieties in tougher conditions, and allows us to be confident that varieties will be commercially viable before we recommend them to growers.” 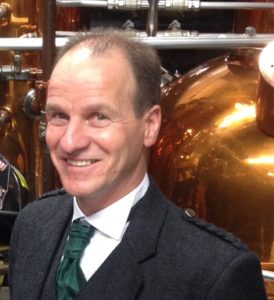 Consistency is a key requirement for all end users and Mr Douglas says LG Diablo has fully delivered this over the past three years, with strong performance throughout the malting process.

“We take in a full calendar year’s-worth of material in a short six-week window around harvest, so have to make sure quality is consistent.”

LG Diablo has shown “good, even modification levels”, which means grains modify at the same rate throughout the malting process – from steeping, through to germination and drying, he notes. “Some varieties can have grains that hydrate at different rates, which affects the length of time you need to steep grain for.”

LG Diablo’s homogeneity also improves the accuracy of predicted spirit yields (PSY); a key piece of information for distillers. “A typical PSY is around 410-415 litres/tonne, and LG Diablo tends to be at the upper end of that range compared with other varieties.

“From our experience so far, LG Diablo is probably the number one variety in terms of end user performance, ahead of Sassy (second) and Laureate (third).”

On the advice of his grain buyer Scotgrain, Aberdeenshire grower Alan Rae tried LG Diablo for the first time last season and was impressed with the variety’s performance at the 134 ha (330-acre) family farm, near Ellon on the east coast.

All of his 10 ha (25-acre) “test” field met malting specification at 1.4-1.5% grain nitrogen, with yields matching Laureate. “The LG Diablo was harvested first, and we got it all dried and moved off-farm before we even started on the Laureate,” he notes.

Mr Rae says the variety stayed “very clean” last year, having received two fungicides. All of his spring barley was drilled with a combination drill into ploughed ground, around the end of March/early April and received starter fertiliser “down the spout” with seed, to ensure crops got off to a strong start.

“If the price is right and our buyer wants the variety, then I will definitely grow it again.”