A new maize variety from KWS that is due to be listed in September 2021 represents a step-change in modern maize breeding. Suitable for both forage and biogas, the high-yielding KWS Exelon has the potential to carry 20 grain rings, compared with an average figure of 15-16 for a typical older hybrid, explains KWS maize product manager, John Burgess.

The early variety will be submitted in 2021 and fully included in the NIAB descriptive list from 2022. Seed is already available for spring planting.

To offset the additional cob weight, KWS Exelon has been bred with a low ear insertion height to minimise the risk of lodging.

“The extra rings and modified ear insertion height are just two examples of the rapid genetic progress that has been achieved in maize breeding over the past few years,” says Mr Burgess.

“These features will be incorporated into all of the forthcoming KWS candidate early and ultra-early hybrids. The low ear insertion height is particularly relevant, because the autumn storms of recent years have led to some reports of maize crop lodging.”

An average yield of 21.2 tonnes/ha makes KWS Exelon the highest-yielding among all varieties in the latest KWS portfolio, with starch at 36.4% and an ME of 12.76 MJ/Kg, he adds. It is also ideal for the production of corn cob mix and crimped or dried grain maize.

Alongside its stand-out traits, KWS Exelon (FAO 170) has proven consistency and gives excellent performance across all soil types.

“The variety was entered twice in some trial networks, in order to double-check yield consistency,” he says. “This feature is confirmed if the two yield figures are close together and KWS Exelon passed the tests with flying colours. Based on the initial data, we are expecting it to take up a strong position in the variety rankings.” 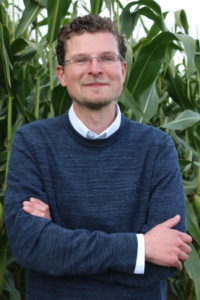 KWS has made a significant new investment to ensure that maize growers continue to have access to a wide range of varieties in the coming years, states Mr Burgess. The move is in response to the uncertainty looming over Brexit in the short-term, but it will also benefit farmers in the years to come.

“No new variety can be offered commercially without being accepted in the National Listing programme and historically, KWS has submitted 8-10 varieties annually,” he states. “It requires huge investment to bring a new variety to market, due to the extensive testing that is required; we have to be fully confident that it will perform consistently well before the official launch.

“During the UK’s EU membership, there was some flexibility over the importation of maize varieties. However the situation has become more complex and new varieties must be UK-registered in advance. Our response has been to increase our investment in the number of varieties we register for potential use in this country and we expect to submit up to 18 new varieties in the future; this will expand the market choice for growers.“

Maize growers are becoming increasingly sophisticated, when it comes to choosing the right maize varieties for their farm, he adds. It is vital that seed breeders continue to produce a wide selection of ultra-early, early and mainstream varieties to match the varied conditions across all growing regions.