Syngenta has launched its first biostimulant in potatoes, Quantis, that has shown to effectively help crops cope with the impacts of heat stress.

Following the UK’s most extensive research field trial of a biostimulant, analysis of the huge data resource has revealed significantly increased yield for crops that had been under prolonged or extreme heat stress.

The results indicate that Quantis can have an important role in potato agronomy programmes from tuber initiation, through the crop bulking phase. Its value is even more apparent with the increasing incidence and severity of heat events in the UK, reported Syngenta head of technical, Dave King.

Quantis delivers a readily available blend of organic carbon, amino acids, potassium and calcium that supplement the plant’s own molecular cell function, he pointed out.

“Acting directly as an anti-oxidant it can help to counter reactive oxygen species (ROS – free radicals) that can cause significant damage, particularly within the foliage if leaves get too hot,” advised Mr King. “It is believed to activate and enhance the potato plant’s natural capability to adapt to heat stress, to prevent damage.”

He explained that the strength of Quantis lies in its relatively high proportion of short chain carbon molecules, which are particularly effective at helping the plant to prevent the creation of ROS during periods of stress. Furthermore, it helps with the scavenging of accumulated ROS, to minimise their adverse effects.

“By filling the organic carbon gap when a plant comes under stress it can act to  minimise its effects,” he advised. Quantis also contains a level of amino acids that can help to protect plant structures from nitrogen and protein degradation when under stress. 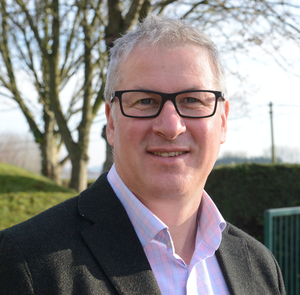 Whilst other biostimulants, typically with higher amino acid content, may have an earlier role for plant development, the greater understanding of how Quantis works has highlighted its position for stress prevention through the season, he advocated.

The highest returns in tuber yields were generated from three applications of Quantis at 2.0 l/ha, applied from tuber initiation through the bulking phase. Application trials had shown it was fully compatible for tank mixing with all the blight fungicides tested.

Reporting results of the extensive Quantis trials last season, Mr King outlined that of the 32 sites experiencing conditions of greater than 25⁰C for more than four hours through the application window, yields were an average 2.2 t/ha greater. The 14 sites that experienced a heat event in excess of 30⁰C over that period recorded an average 1.9 t/ha yield increase.

In previous years of Quantis trials, the greatest effects on yield and tuber size were recorded in 2018, which coincided with an extremely hot and stressful growing season, he recalled. “It was notable from in season assessments that effects were apparent in the second phase of tuber bulking, when the crop came under extreme stress.”

Reviewing historic weather has shown the variability in heat events from season to season and location, but at some stage most crops will be subject to some effects, he warned. Furthermore, as climatic conditions have changed over recent years, extreme and prolonged heat periods are becoming more frequent

Continued Syngenta field research in 2021 will look at refining application timings, he reported. More controlled trials will also seek to tease out differences between varieties and other variables, such as irrigation and crop duration.

Syngenta’s New Farming Technologies team is pioneering predictive heat forecasting models, with the aim to identify potential for precision targeting of applications prior to stress periods in the potato growing season, along with some other crops.

New Syngenta research funded at Nottingham University will also lead an in-depth investigation into how Quantis is working to alleviate heat stress and drought effects within potato plants.

Quantis will be available for use in the 2021 season.