Hutton periods are now being recorded in England and the focus needs to shift to blight control in potatoes. Recent changes to the UK blight population over the last couple of years have revealed more dominant aggressive strains with higher spore production and faster life cycles.  Coupled with the emergence of the fluazinam-tolerant blight strain 37_A2, this makes decisions around control and resistance strategies even more challenging for growers.

Barrie Hunt, UK and Ireland Development Manager for Gowan, advises growers to include at least one Electis 75WG (zoxamide and mancozeb) spray towards the end of the programme for efficacy and resistance management purposes.  “Electis 75 WG contains two active substances, zoxamide® and mancozeb, from two different chemical groups and it provides a unique benefit in potato blight resistance management. Zoxamide reduces the burden of zoospores by stopping cell division within the nucleus, and works in a different way to other blight fungicides.” he says. 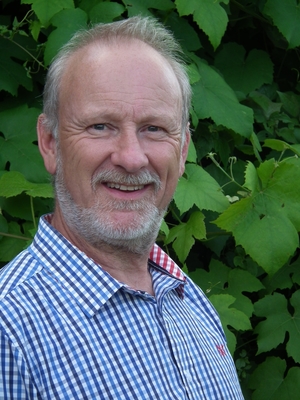 Tuber blight is brought about by motile zoospores being formed on the leaf in sporangia and these zoospores are released or washed down by rain splash or irrigation, causing infection by germinating near the tuber and entering access points such as buds, lenticels and wounds. Tuber blight protection should start as early as tuber initiation and continue to the end at senescence.

But not all blight fungicides can protect against tuber blight. Zoxamide works on a different site within the blight fungus to all other active ingredients, stopping cell division within the nucleus and whilst not actually killing the motile zoospores responsible for tuber blight, greatly affecting their production and release, thus reducing the burden for the zoospore-specific products such as cyazofamid and amisulbrom. For this reason, the zoxamide-containing products in the UK such as Electis 75WG, fit well from stable canopy onwards and are particularly suited towards the end of the programme before the final sporicidal sprays.

“Electis can help with the stewardship of sporicidal sprays at the end of the programme. There are no known resistant strains to Electis and no shift in its sensitivity status since its introduction in 2001, nineteen years ago. It currently controls all blight races and strains, including those tolerant to phenylamides and fluazinam,” Mr Hunt says.

Mr Hunt reminds growers that as soon as tuber initiation starts, growers should consider tuber blight protection when managing their blight control strategy. “Electis fits in well in the mid to late season for foliar and tuber blight control from the end of flowering onwards. Electis complements other actives such as amisulbrom,fluopicolide and cyazofamid used later in the tuber blight programme and provides a sound resistance management choice.”