“Both Merit and Bolton fully deserve their positions on the new recommended list and, in Astound, I believe we have the perfect mixed farm system variety” adds Mr Goodwin.

“For those growers looking for a straightforward, low inputs, easy to grow winter wheat that produces stiff straw for livestock then Astound should be a go-to option. It’s flexible on drilling dates, yielded 102% of controls in recent trials and displayed excellent standing ability and lodging resistance in both treated and untreated situations. Overall disease scores were excellent with a 6.8 for septoria, a 7 for mildew and an 8 for yellow rust. With a consistent and attractive profile it should provide stern competition to both Gravity and Graham” he says.

In the Group 3 biscuit wheat market where Elsoms have a strong presence already through Elicit the addition of new NABIM wheat Merit should strengthen their position still further.

“Merit has a very robust disease package and in recent trials, when late sown, it was 105% of controls. With a high untreated yield, excellent septoria resistance at 6.6 and producing highly marketable grain it is expected to be fully approved for both UK distilling and export in 2021. It’s certainly the Group 3 that’s most likely to offer growers the widest range of marketing options next year” confirms Mr Goodwin.

Also on the recommended list is new winter barley Bolton, one of the first varieties to come through the Elsoms Ackermann breeding program aimed at providing the UK market with greater genetic diversity.

“Bolton was incredibly consistent achieving between 105-106% of controls across all its regional trials. It offers a good balance between high yield and good disease resistance, it’s barley yellow mosaic virus (BYMV) resistant and is suitable for both heavy and light land. Following our recent success with Jordan the launch of Bolton confirms that the future Elsoms Ackermann barley pipeline looks strong” concludes Mr Goodwin.

Putting both Astound and Bolton through their paces this year where independent agronomists Will Foster of Holmewood Arable Limited and David Coppack of Wheatlands Agronomy. Both work closely with farmer Peter Hewson of Wold Newton Farm near Market Rasen who trialled both varieties.

Despite the tough agronomic challenge of a very wet Autumn/Winter followed by one of the driest Springs on record, both agree that the varieties showed excellent early vigour and competitiveness in conditions that made the application of nitrogen fertiliser or pre-emergence herbicides impossible during the crop’s critical early growth phases.

“On the 33ha of Bolton drilled on October 23rd we were not able to get anything onto the crop until March 15th when we applied an initial dose of nitrogen, phosphate and potash. Despite this Bolton coped very well in the heavy cold soil conditions and competed well. We applied 2 plant growth regulators (PGR’s) in mid-April and early May respectively to stop the crop necking but overall there where very few other concerns. 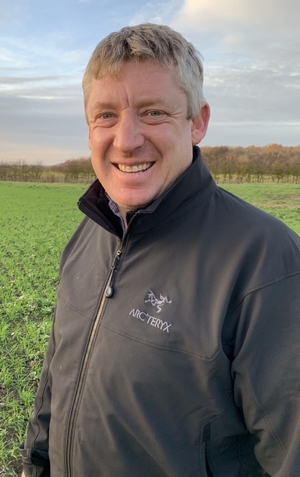 “During the extremely dry spring and early summer that followed we went ‘little and often’ with the nitrogen up to a total of 160kg/ha to get the crop through and were rewarded with a very clean crop with no lodging. Bolton yielded just under 9t/ha which was exceptional and certainly Peter’s highest yielding Winter barley” says Mr Coppack.

On Astound, which was drilled on January 31st on the farm’s heavy Wold clay, the results were equally impressive showcasing a variety that also established remarkably well in the difficult conditions.

“It’s fair to say that 2020 was an incredibly challenging season. We applied 1 PGR in April but this was more about giving the crop a physiological boost to encourage rooting and tillering, not straw shortening. It wasn’t a high-pressure disease year so we went with a very basic fungicide package and, despite the unprecedented dry spell, Astound showed very few signs of stress. Final yield was excellent in view of the extreme weather and early grain samples showed a high quality, bold grain.

“Astound has a very strong disease package and should make for a low risk option for most growers regardless of growing conditions” confirms Mr Foster.

Beccles based farmer Robert Wright, who grew 15ha of Merit this year and has recently drilled a further 40ha for the 20/21 season, was also able to report back positively after compiling a full year of data on the new Winter wheat.

“The 2019/2020 season was particularly impressive with Merit displaying excellent early vigour in very testing conditions when some headlands were either waterlogged and/or compacted. The variety looks robust and showed no susceptibility to either rust or septoria – although admittedly this year was not a high septoria risk year. Yields were very good, comparable to Skyscraper, hence I’ve gone with it again on an increased area. Merit looks to be a step forward amongst the current Group 3’s” he concludes.