Following the announcement of its launch last month, Oxbury, the new specialist agricultural bank, has now fully launched its savings and loan operations, bringing UK farmers reassurance that they are being supported during an unpredictable time.

Designed with a 100% farmer focus, the bank and its products have been built with the specific aim of benefiting farmers and offering straightforward lending and savings products tailored to their needs. “Building relationships and getting to understand our customers, their ambitions and business goals is a cornerstone of Oxbury’s values,” says managing director and co-founder Nick Evans.

“Initially we are working with well-established and trusted partners – Frontier Agriculture, Hutchinsons, KW Feeds and Mole Valley Farmers – to help us build these relationships, and we will be adding more suppliers in the coming months. We want to work directly onside with farmers; their goals are our goals.”

To support farmers in their borrowing needs, the bank’s flagship account, Oxbury Farm Credit, will allow access to the cash needed for farm inputs such as feed, seed, chemicals, and fertilisers, he says. “This is a short-term lending product which is a competitive alternative to a normal bank overdraft, and which can be opened now via discussion with a farmer’s input supplier.

“Cash management is vital for businesses and at Oxbury we recognise farm cashflows are not always smooth. Oxbury Farm Credit is a short-term lending facility that allows farmers to buy now and repay when it suits their cashflow,” says Mr Evans.

In January, Oxbury launched their Farm Business Bonus Savings Accounts, which are now open for applications. Initially there are a 95-day Notice Account and a one-year Fixed Rate Bond with interest rates that easily exceed the rates of the big four banks which farmers typically bank with. 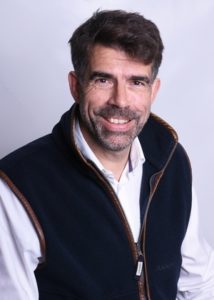 “These savings accounts pay a bonus simply for being an active farm business (sole traders, partnerships and limited companies), so long as you have a Single Business Identifier (SBI) or County Parish Holding (CPH) number,” explains Mr Evans. “The bonus isn’t reliant on any other factors – just being a farmer – and will offer an extremely competitive rate that can’t be achieved elsewhere.”

Later in the year, the bank will also be launching the UK’s first carbon mitigation savings account for the general consumer; a first in the banking industry. This allows everyone to save in an environmentally conscious way while supporting tree-planting projects on British farms. It also brings more money into the agricultural sector, as all funds saved with Oxbury are only used to support lending to UK agriculture.

As well as offering access to accounts via online banking and a mobile app, Oxbury has integrated technology into its services to allow for streamlined invoice management, says Mr Evans. “Farmers will be able to manage their supplier invoices within the banking platform; either choosing to allocate the invoice to credit or pay it off straight away.”

Further integration includes with accountancy packages such as Farmplan and Xero. “Information will be exportable to whatever is being used for the farm accounts,” he adds. “So, it’s not just about competitive rates on working capital, but also about offering a tool that reduces the daily business administration – meaning more time to run the business and less spent in the office.”