The Scottish Machinery Ring Association (SMRA) invited members of the press for an update of a very Scottish success story.

Machinery rings are not new, although they are less well known in the UK than abroad. Established in Germany after World War II to help cash-strapped farmers access new machinery, they did not become a part of Scottish farming until after a catastrophic harvest in 1985.

James Playfair-Hannay, chairman of the SMRA, provided the background to machinery rings in Scotland. “Farmers were looking for ways to become more economically efficient by cutting the cost of production and rationing their machinery expenditure,” he said.

The first Scottish machinery ring was established in 1987 by Alistair Cranston and other local members. The Borders Machinery Ring (BMR) had 36 members in the beginning, and this led to other rings being setup to help local growers and contractors. By 1990, a network of businesses covered Scotland and the SMRA was started to encourage cooperation and pool resources to improve operations for its members. 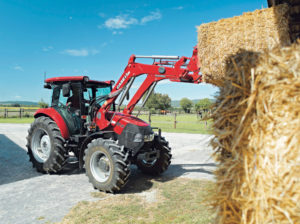 The SMRA is involved in commodity trading, moving straw, labour and biomass between members, as well as providing utilities, fuel and other benefits.

This included developing a specific computer system with FarmData to replace the previous pen & paper and telephone correspondence, as well as managing cash flows and establishing a direct debit system for members. There was also a focus on expanding the rings’ remit, with new activities such as labour, training and purchasing inputs becoming key focuses.

Mr Playfair-Hannay said that the SMRA continues to be as relevant today as it was in the beginning, with new challenges, including Covid-19 and redevelopment of the IT system now a priority for the organisation.

“It’s a broad spectrum of issues that we provide a platform to discuss. From small acorns grow massive oaks and we’re continuing to work towards the common good,” he said.

As of 2020, the SMRA has 7,250 members spread across nine machinery rings, with a total throughput of £95.5 million. Hamish Walls, SMRA company secretary, explained that the rings help farmers across a wide range of sectors, from conventional arable and grassland cropping to livestock farming and food production.

“We also lobby on behalf of our members on issues including gangmasters licensing, the self-employed status of our members, and represent them on several boards,” he explained.

Michael Bayne, manager of Borders Machinery Ring, said that the rings work together for promotion, communication and to benefit from several deals available to the SMRA. This includes having shared stands at the Highland and Agriscot events, funding and developing the shared IT platform, well as the SMRA websites and members’ mobile phone applications.

This is as well as using the combined heft of the membership to gain bulk discounts for products such as crop protection chemicals, mobile phones, and even electricity. Furthermore, members can gain access to exclusive deals from manufacturers, including Case IH, which offers a rebate scheme that has £1.3 million paid back to members and 1,229 machines purchased from Case dealers. 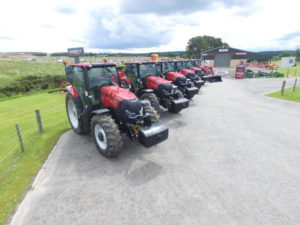 The Case IH rebate scheme is considered a benefit both for SMRA members and dealerships looking to secure a sale.

Perhaps the most obvious benefit during peak seasons, or extreme weather events, is the capacity to share labour. Mr Bayne said that members had worked together to ensure the success of a local biogas plant, including providing contractors and self-employed workers to handle planting and harvesting duties. This was on top of a fixed price fuel contract and SMRA exclusive pricing on seed and fertiliser.

It also provides labour to local authorities, proving invaluable during the Beast from the East weather event in 2018, with more than fifty members working to clear roads and now taking part in contingency planning for winter maintenance and labour backup during periods of industrial action.

Bruce Hamilton, manager of Tayforth Machinery Ring, further highlighted the importance of the machinery rings to its members when it comes to commodity trading. The nine rings supply some 65 million litres of fuel to its members, while seven have traded around 80,000 tonnes of straw between its members.

For handling building work, five of the rings pour 10,000 cubes of concrete each year and as many have diversified into biomass production, there is a healthy trade of 20,000 tonnes of woodchip, pellets and round wood annually. Four of the rings also have farm stores, supplying biomass pellets, granulated lime and bale wrap and three rings are involved in utilities, supplying £11 million of electricity to members. 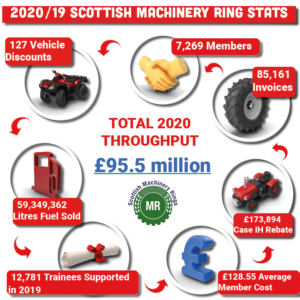 Mr Hamilton added that the potential for the nine rings is vast, with opportunities to expand further.

Gail Robertson, group operations manager for Ringlink Scotland, explained that the labour provided by the SMRA can be vital in an industry that has an ageing population. However, there remains a skills shortage in the industry and a misconception that farm work is unskilled.

“Businesses need the right people with the right skills in place but training new staff can cost a significant amount of time and money,” she said.

The SMRA offers a wide range of training courses to its members, and while 2020 was clearly impacted by the Covid-19 pandemic, in 2019 training courses were delivered to 12,781 people throughout the UK. This included a series of short course certified training sessions across multiple industry sectors.

To tackle the skill shortage, the members of the SMRA offer land-based pre-apprenticeships for new entrants to the rural sector, with upfront training inductions, health and safety awareness and six months of employment with a mentor business.

Sixty participants are enrolled for 2021 and Ms Robertson highlighted some of the statistics from the eight years the scheme has been running.

Members of the 2021 Ringlink Pre-Apprenticeship

“We’ve seen 130 participants over the last eight years,” she said. “Half of these have gone to be offered jobs by their mentors, while a third have progressed into further education and 17% have secured other full-time jobs upon completion. Perhaps most importantly, 80% remain in the industry today.”

She concluded that skill-based training will only become more important in the future, with increasing food demands, environmental obligations and high-tech solutions. The skills required will also change, with entrepreneurial skills, STEM (Science, Technology, Engineering and Maths) and a focus on soft skills over experience.