As growers contemplate earlier drilling as a result of last autumn’s washout, trouble could lie ahead in terms of weed control. However, adding the right adjuvant to pre and peri-emergence herbicides could help boost blackgrass control this season, according to the latest advice from Interagro.

The autumn of 2019 brought one of the wettest seasons on record, with the persistent rainfall stopping many growers getting winter cereals in the ground.

And as growers still recover from the fallout, there are concerns that many may be tempted to drill earlier this autumn, to guarantee crops are in the ground. However, according to Stuart Sutherland, technical manager at Interagro, this could have catastrophic effects on weed burdens – namely, blackgrass.

“Delayed drilling has become one of the most beneficial tools in the armoury when it comes to tackling blackgrass, however, with many farmers looking to target the earlier sowing window this autumn, it could spell trouble for weed control.”

Therefore, now more than ever, it is essential to maximise herbicide performance, though this comes with its own challenges, he adds.

“The performance of residual herbicides is dependent on good application and soil conditions. Its positioning within the soil is vital, however this is threatened by a number of factors.”

According to Mr Sutherland, this includes poor coverage, poor soil condition and heavy rainfall which could have adverse effects on crop safety. However, in the face of a whole host of challenges, Interagro’s adjuvant, Backrow, could provide a welcome solution this autumn.

“Backrow has the proven ability to help residual herbicides perform better in poor conditions, making it a vital addition to pre and peri-emergence herbicides.”

“What’s more, with double-digit increases in weed control, it could be an extremely beneficial addition this autumn as we are potentially looking at higher blackgrass levels if growers do drill earlier than usual.”

The inclusion of Backrow helps to create optimum sized spray droplets, which in turn reduces the number of fine spray droplets – minimising the risk of drift and increasing coverage, says Stuart. 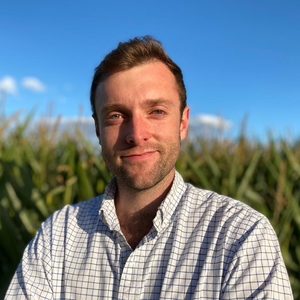 “This improvement in coverage increases the number of weeds that come into contact with the herbicide at germination, resulting in a higher level of weed control overall.”

In situations of dry or too-wet soils, Backrow also helps to increase herbicide uptake – improving the overall level of weed control, says Stuart. “Most importantly, Backrow helps to keep herbicides in that top 5cm of soil – maximising its exposure to germinating weeds.

“By keeping herbicide movement to a minimum, this also has benefits from a crop safety point of view, whereby there’s less risk of chemistry leaching into groundwater.

“I was introduced to Backrow as soon as I joined Agrii five years ago. Since then, I’ve consistently seen the benefits through autumn and spring trials and most importantly, have seen a real improvement when it comes to blackgrass control – an average of a 9% improvement, in fact.”

“Backrow is fantastic at helping bind chemistry to the soil, ensuring the product stays in the top 5cm of soil where most weeds germinate.”

On Mr Fowlers’s patch in north Lincolnshire, blackgrass is the number one issue and there are fears a shift in drilling tactics could worsen the issue this year. “Blackgrass is still a key concern for us, and will be going forward, but we are certainly starting to see an increasing number of other species, such as ryegrass and brome, creeping in.”

“We know that many growers will be choosing to drill earlier than usual to make sure crops are in the ground, but from our point of view, and from a blackgrass perspective, we would rather it was delayed until the second or third week of October on high pressure grassweed sites.”

“That said, we do understand that this year in particular growers will need to go when they can, therefore, getting the most out of residual chemistry by using the adjuvant Backrow is going to be key, in my opinion.”

Backrow’s binding properties are another benefit of the adjuvant, which are particularly helpful in dry conditions as it helps to retain moisture in the soil, making it more available, which is crucial for keeping herbicides active, he adds.

As well as the weed control advantages this brings, Fred says it’s also really beneficial from a crop safety and environmental perspective too. “Keeping chemistry in place means less risk of leaching, which therefore means a reduced chance of damage to the seed in heavy rain. It’s also less likely that chemistry will find its way into watercourses too. For me, Backrow is a no brainer.”