The Maltsters’ Association of Great Britain (MAGB) today held their AGM for the first time ever in an online format.  It was also necessary to step away from tradition and to forego the Annual Luncheon due to Covid restrictions, but there was hope that this would resume in 2021.

The MAGB chairman, Adrian Dyter of Crisp Malt, described how the sector has shown great resilience in the face of much uncertainty arising from many areas including Covid-19, US Scotch whisky tariffs, climate change, and departure from the European Union.  He reiterated how in these difficult times it is of paramount importance to work together on common goals, something which is helped by having a strong sector Association in the MAGB.

The UK ranks as 5th largest global maltster and the 2nd largest in Europe. Production is growing as a result of continued investment in new production facilities.  Maltsters support a vibrant brewing sector, and a whisky sector that is the UK’s largest food & drinks exporter as it continues to grow in value and volume. Malt demand from the 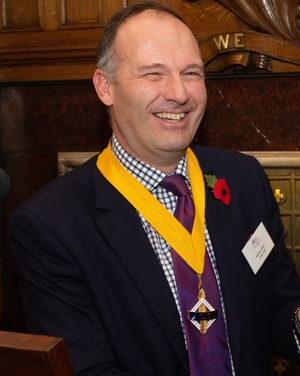 Scottish distillers has more than doubled over the past fifteen years to reach over 800,000 tonnes annually.  This trade is supported by a strong supply chain with an agriculture sector providing the key raw material, high quality malting barley, on which maltsters, brewers and distillers depend.

UK malt is exported to over 50 countries worldwide, with sales to the US, Japan and Asia being of particular importance. The MAGB are optimistic that there will be opportunities to grow these markets on the back of new trade deals negotiated by the UK Government following Brexit.  The recently signed deal with Japan is a good example and provides improved export opportunity and certainty for trade to the world’s third largest economy.