Growers are reminded of the take-all disease threat to winter barley crops this autumn and to consider a specific seed treatment to protect yield.

Take-all is a soil-borne disease that attacks the roots of cereal crops, restricting water and nutrient uptake and strangling yield. Symptoms include blackened roots and whiteheads (bleached ears) that appear during grain fill.

The disease builds in the soil when host crops are grown in consecutive seasons, so symptoms are most acute in second or third cereals before take-all decline sets in during year four.

Certis take-all expert Tim Eaton says that when growers think about take-all, they often associate the disease with wheat and overlook the risk it poses to winter barley crops. 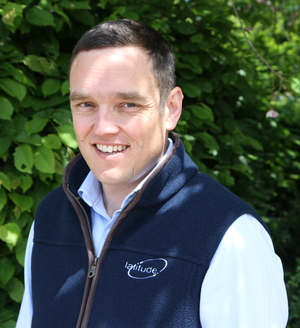 “Winter barley is often grown in second and third cereal situations, so take-all is certainly something that should be considered, particularly on lighter soils.”

Mr Eaton says field history is a major consideration when assessing disease risk and where symptoms have been seen in previous cereals, measures to protect against yield loss should be considered.

In wheat, later drilling is a major cultural method to reduce take-all incidence, but potential to adjust drill date is much less in winter barley crops, the majority of which are drilled in September.

“After so many winter barley growers were caught out last year by the wet autumn last year, there may be more crops drilled early this autumn and that may increase risk,” he adds.

Other cultural methods as part of an integrated take-all control strategy include ensuring soil structure and drainage are in the best possible condition for optimal rooting.

The next line of defence is seed treatment Latitude (silthiofam), which is often avoided in barley to control costs, but where risk is identified it helps protect yield.

This has been proven in ADAS-led trials conducted in Herefordshire during 2018, where an average yield response of 0.24t/ha was seen across all varieties and a 0.5t/ha uplift in six-row hybrid variety Volume.

“The case for treating hybrid barley is stronger, as you have greater yield potential to protect. Seed rates are also lower than in conventional two-row barleys, so it also costs less,” explains Mr Eaton.

The response to Latitude in hybrid barley is also being seen in the field, with one Norfolk grower seeing a significant yield increase this year.

He has never considered using Latitude on winter barley, having previously only noticed significant disease in wheat crops.

However, he was interested to see if it would be a worthwhile investment for hybrid barley variety Bazooka, grown for the first time this year.

Across 5.5ha with a consistent soil type and following spring wheat, a split field trial of treated vs untreated showed a significant 0.82t/ha yield response when harvested this July.

“I didn’t see any visual differences between the two throughout the season, but the untreated perhaps struggled in the dry spell, with the Latitude helped to protect roots and yield in the other half.

“We’ll potentially use it in the future where second cereals are grown, as the trial shows it would certainly pay for itself,” explains Mr Hipperson.