Food and biodiversity will be at the heart of LEAF Open Farm Sunday’s (LOFS) two-day virtual event in September. Featuring live interactive tours and demonstrations from farmers and chefs from around the UK on 19th and 20th September, organisers Linking Environment And Farming (LEAF) are calling on farmers to get involved by sharing their own short film clips, photos and stories of food and farming across social media.

This builds on the success of the first virtual Online Farm Sunday held in June to mark the original date of farming’s annual open day and which attracted thousands of viewers. LOFS is teaming up with British Food Fortnight and Scottish Food and Drink Fortnight, also held in September, in an ambitious back-to-back weekend which brings a new cookery element to celebrate not only farming but the food it produces.

Farmers can take part through Facebook, Twitter and Instagram using #LOFS20.  The focus on Saturday 19th is nutritious food, seasonal recipes and cookery demonstrations.  On Sunday 20th farmers across Britain are invited to virtually open their farm gates and show the public how their food is produced and the amazing work they are doing to protect and enhance the wildlife and biodiversity on their farms.

Farmers will be encouraged to go live on Facebook, send in videos and share photographs about their wildlife and biodiversity highlights. Whether it is bee friendly crops, habitat banks or wildflower meadows to boost biodiversity, the day will be a virtual celebration of all that farmers do to protect and enhance the environment and the value of nature to people’s health and wellbeing.

Annabel Shackleton, LEAF Open Farm Sunday Manager, said: “At the very heart of LEAF Open Farm Sunday is telling the real stories of farming and this is the perfect opportunity for farmers across the country to get involved and collectively make a huge positive impact on the British public.

“It is not the event we had originally planned for 2020, but in fact both of our virtual events – in June and in September – provide an amazing opportunity to involve more farmers from all corners of the country. These could be farmers who may not have been able to host a LEAF Open Farm Sunday event for whatever reason before, but who can dip their toe in this year with as little as one photo or a self-made video on their social channels. What we want to show is a really rich and diverse kaleidoscope of farming stories from the people who can tell them best.”

The recent pandemic has highlighted to the nation the value of food as well as fresh air and countryside, all in which farmers play a fundamental role. The virtual format creates a powerful platform to reach out to more people than ever before, including those who may not have been able to attend an open farm event in the past.

Northumberland mixed farmer, John Renner, and long-term LEAF Open Farm Sunday host farmer explained: “We have always welcomed around a 100 people when we have opened our gates for LEAF Open Farm Sunday, which is a great number to keep it personal. That said, having taken part in the June virtual event, we reached over ten thousand, which was incredibly rewarding and great to know so many people engaged with our farm story.

“With the increased interest in cooking from scratch and the provenance of food, this is the moment to maintain the momentum and keep British food front of mind so when people are in the supermarket they actively select local, sustainably produced or consider buying direct from the farm. 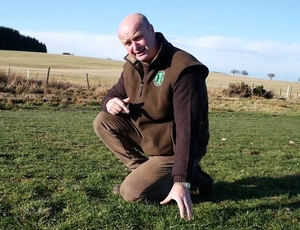 “I would encourage everyone who plays a part in the UK farming industry to get involved this September. It doesn’t take much time and it is really good fun. Imagine the impact if everyone in the industry – from farmers to agronomists, vets, tractor mechanics, shearers and millers – posted a picture, video or message on their social channels on Sunday 20thSeptember.”

For farmers considering getting involved, LEAF’s Speak Out Toolkit is packed with easy-to-use guid­ance and resources, pro­vid­ing step by step sup­port for virtual communications.

Some top tips for self-filming highlighted in a recent LOFS host farmer meeting include: