Fifty progressive farmers from Cornwall to Aberdeenshire, have been included in the fourth year of BASF’s Real Results’ trials. Run in partnership with ADAS the trials are conducted on farmers’ own farms, using their own machinery, and are assessed using ADAS’ Agronomics field trials methodology, which fully statistically analyses each field and treatment.

Murielle Moille, BASF Marketing Campaign Manager, Cereal Fungicides, said: “The independent science that ADAS brings to Real Results’ trials is what has consistently appealed to the farmers involved, because it explains what agronomic decisions work best on their farms and why. And it is the statistical verification of the differences between treatments which validates the best options for each farm. 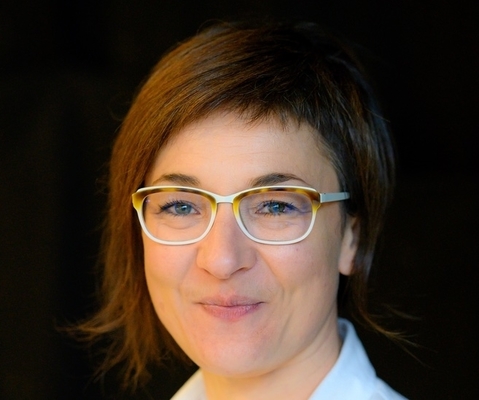 “And, whilst the BASF Real Results Circle allows growers to learn about their farm, it also gives them the opportunity to be part of something bigger that the network of other farmers provides.”

The fifty include farmers who have been involved from the start, including Toby Hogsbjerg who has moved farms to Norfolk, Richard Cockcroft from Northumberland and David Fuller-Shapcott from The Scottish Borders. New for this year are Stetchworth Estate Farms near Newmarket, Andrew Gloag from North Yorkshire and three Aberdeenshire famers, Sandy Norrie from AJ Duncan Farms near Turriff, Andrew Booth from Foveran and Scott Campbell from near Kemnay.

Commenting on why he was getting involved, Sandy Norrie said that their business runs on a high input, high output ethos, so they like to explore where the marginal gains come from.

“Our team is big on stats, what our costs are, and the detail of our returns on investment, and, for me, I like to see how varieties are performing, where yield potential is and how to get it.” They will be running Revystar® XE trials on spring and winter barley.

Agronomics takes a raw yield map from the combine harvester, usually with between 10,000 and 15,000 data points, then cleans the data by excluding, for example, headlands and ends of combine runs, before running a statistical analysis.

“The methodology is about trial design, the way we analyse the data and about doing farm-scale research well. It is also about having a closer connection between researchers and growers, recognising that innovative ideas are just as likely to come from growers as scientists.”

Using Agronomics to design the BASF Real Results Circle trials has helped remove variance. “It is crucial to make sure that the comparison is fair from the start and that the two areas of the field chosen are comparable. We know that there is spatial variation in fields, and it is easy to come up with the wrong conclusion, which is why Agronomics is so important.

She adds: “last year Real Results trials` results is the strongest data set achieved yet in any series of Agronomics trials”.

In the 2019 Real Results trials, 51 farmers trialled BASF’s new cereal fungicide, Revystar® XE, on winter wheat crops against their chosen farm standard on fields of their choosing; 31 of which included applications at T1 and T2, and 20 applied it at just T2. Significant yield benefit has been measured for Revystar® XE versus farm standard, either at T1 or T2. When Revystar® XE has been applied at both T1 and T2, the yield benefit is even higher.

Mrs Roques says: “The results in 2019 were our most striking in any series of Agronomics trials so far – a consistent pattern of significant differences in disease assessments, visible effects in satellite NDVI images, and significant yield benefits from Revystar; in previous years the results were much more even between the treatments.”

Ms Moille explains that: “in total, thirty-nine trials were statistically usable and twelve were excluded because trials were unbalanced or had no yield map data.”

Of the 39 trials, 31 yielded more with Revystar® XE than the farm standard and fifteen trials had a statistically significant difference (90% confidence). In those trials, Revystar® XE yield benefit versus farm standard was an average of 0.56 t/ha.

She notes that: “The important findings across the vast majority of trials were that Revystar reduced Septoria severity and extended green canopy duration.

“As we face the continuation of a dry spring, combined with the hidden threat of latent infections, this finding could be very valuable to all the growers looking to maximise yield from the very variable crops in the ground this year.”