Microbes and soil life are fundamental to all crops yield, quality and health. Plant roots feed from the microbes and fungi in the concentrated bacterial rhizosphere (root area) by exuding carbon compounds, including carbohydrates, fatty and organic acids, vitamins enzymes and phytochemicals.

The product, L-CBF BOOST, designed with similar carbon based compound, provides such a food source that that increases their numbers and activity to improve availability and stabilise nutrients, leading to increased yields, quality and health in whatever the soil conditions are, good or poor.

Over the years the level of microbes have declined with less humus, the stable part of organic matter due to excessive tillage and pesticide applications. This leads to crops requiring even more fertilisers and chemicals, excesses of which can then damage the microbes.

Microbes including fungi, speed the uptake of nutrients and then release them in a plant available form. The fewer beneficial microbes there are, the less nutrients and other compounds they can provide and release.

Rhizosphere microbes release chelating agents that increase the availability of trace elements and tightly held soil nutrients so increasing crop uptake of them, including P, K, Mg, Mn, B and Ca. They also release growth promoters, including vitamins and hormones.

Mycorrhizae fungi live symbiotically with the plant roots spreading their hyphae (fine branching filaments) far into the soil, increasing the roots absorptive area by up to a factor of 100, to include water and nutrients the plants cannot reach on their own.

Other bacteria, actinomycetes and fungi protect roots from pathogens, inhibiting or killing them by releasing natural antibiotics such as penicillin. Some fungi digest other pathogenic fungi and nematodes that, for example, cause root diseases and rot.

L-CBF BOOST works by acting as a food source for soil microbes and fungi, enabling them to increase in population. With greater numbers, these then improve the availability of key nutrients; in turn boosting root mass, crop yield and overall soil and plant health.

Chris Martin, head of Soil Health at Agrovista, who distribute the product said: “Soil microbes need to be fed to survive and multiply, but numbers have declined because of excessive tillage and pesticide applications. By applying the liquid carbon found in L-CBF BOOST, we mimic the work of a crop’s root exudates. This is because root exudates feed the rhizosphere microbes and fungi naturally, by releasing carbon compounds.

“These microbes then play a really important job for us – naturally decomposing organic matter, cycling nutrients and fertilising the soil.”

Maize trials conducted in Norfolk in 2019 have shown that when L-CBF BOOST was applied with a bacterial treatment on soil with low organic matter content, a 9.8% yield increase was achieved. In this instance, L-CBF BOOST is providing the vital food that applied bacteria require. In contrast, when applied to soils with existing high organic matter content, used alone it resulted in an 8.2% yield increase. This 2019 trial in Wiltshire demonstrates how the product effectively improves the activity of existing soil microbes.

L-CBF BOOST has also been shown to be a valuable tool in supporting long-term organic matter building, including cover crop conversion.

Mr Martin added: “Our trial work at Project Lamport has shown the benefits that cover crops can have on overall soil health and biology, enabling us to improve blackgrass control and successfully grow spring cereals on heavy land. L-CBF BOOST further contributes to that research – a great tool that will help growers to make the most of cover crops in a sustainable way.” 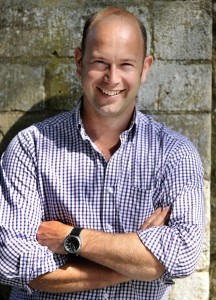 Jake Freestone is the farm manager of the Overbury Estate, he farms 3,000 acres on varying soil types on the edge of the Cotswolds.  He has embraced biological farming and changed the whole farming system.  He has a cross slot no-till drill, grows a wide range of crops including companion crops, large areas of cover crops and makes his own compost.

He was looking for a low-cost, consistent and reliable carbon source to buffer his inputs, and improve the efficiency of his liquid fertiliser applications.

“We include the carbon-based liquid fertiliser, L-CBF BOOST™, with all synthetic applications to all crops, which has allowed us to cut back our use of artificial inputs by enough to keep it cost neutral, without compromising the efficacy of the input and reaping the added benefit of increasing soil health.

Jake will be reducing inputs again next year (season dependent) and will be monitoring the growing crops using tissue analysis to make sure that despite these cutbacks, the plants are still receiving the nutrition they require to make sure yields do not drop.