Produce World and Burgess Farms’ chairman, William Burgess, has been appointed as the new BASIS chairman, and will formally take over from Chris Clarke after his seven year tenure came to an end on 16 April.

Stephen Jacob, BASIS CEO, explains that William is an experienced business person who holds a raft of knowledge and contacts throughout the food and farming industry, making him the ideal candidate for the non-executive role.

“William originally trained and practiced as a chartered accountant before joining the family business, becoming CEO of Produce World and Burgess Farms in 2000 and chairman in 2015.

“His current role sees him in an outward facing position, with a large focus on networking with key stakeholders – an important skill that will be invaluable to BASIS,” Stephen says. 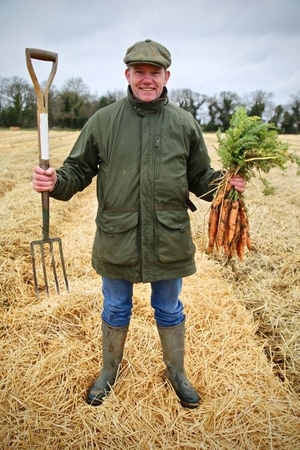 Mr Burgess is looking forward to taking on the new challenge and says that the role will bring mutual benefits, as he hopes to build on the great work of his predecessor.

“I hope to support and coach both Stephen and the BASIS Board, give a strategic overview and offer insight into retail and consumer perspectives, which I feel will be increasingly important to the organisation going forwards,” he says.

“A big part of my role will be to chair board meetings and play a role in challenging the norm to help the organisation and its members to prosper. This is in context of an increasingly political environment where the food and farming industry is under increasing scrutiny over controls and training provision for the sector.”

Brexit and the incoming Agriculture Bill will pose a big challenge to BASIS members and its associated industries, but Mr Burgess hopes that this will also bring opportunity to help shape policy.

“The UK has never had its own bespoke agricultural policy, so now is the time to ensure BASIS is known to key policy makers, while the government is more open to change,” says Mr Burgess.

“I hope that during my tenure, we can raise awareness of BASIS’ work and ensure that ministers are aware of the level of training on offer for farmers and advisers, as well as how this can play an important part in environmental protection and sustainability for our sectors.”