After weather extremes led to the smallest winter cropping area in decades, an agricultural insurance expert is urging farmers to ‘manage risk better’ and protect themselves with a groundbreaking crop yield safety net.

Rupert Wailes-Fairbairn, rural divisional director at Lycetts, said that the weather extremes witnessed in recent years have had a significant impact on arable farmers across the UK – the repercussions of which will be felt on future crops – and is urging farmers to take steps now to protect their businesses. 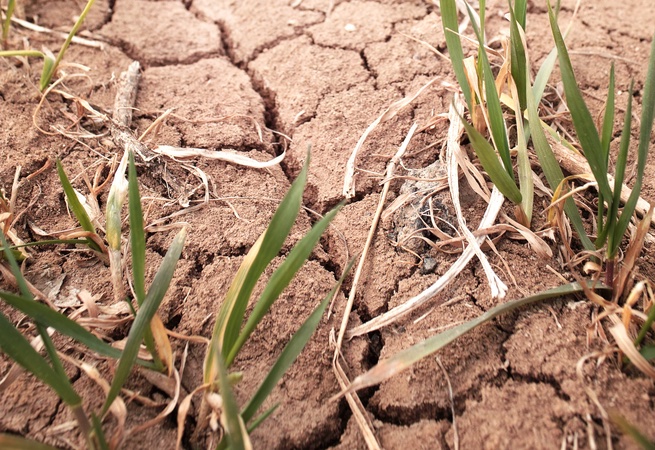 Last summer, the UK’s highest-ever recorded temperature of 38.7C was reached in Cambridge, which was followed by England’s fifth wettest November on record.  We are now experiencing extremely dry conditions once again.

“In an increasingly volatile world, we farmers need to manage risk better,” said Wailes-Fairbairn, who has more than 30 years’ experience growing oil seed rape and cereals at his farm in Northumberland.

“Over the past few decades, we have seen enormous changes to normal weather patterns and as sowing and growing conditions continue to be less than optimal, so too will our output.

“Last autumn, relentless rain led to arable farmers planting the smallest winter cropping area in decades.  Consequently, farmers were forced to turn to spring cropping on some soils that are not really suited to spring establishment.   In turn, spring crops are shallower rooting and less able to tolerate moisture deficits and prolonged hot weather.

“We have the tools to manage price risk.  You can sell forward, you can buy an option, or take cover on the futures, but to date, we have never been able to cover the shortfall in output that we are going to produce.

“That’s why Lycetts developed the first index product in the UK to manage cereals and oil seed rape shortfall.  It does what it says on the tin.

“The weather is, and will increasingly become, more unpredictable – now is the time to make sure the income from your crops is not.”

Crop Shortfall Insurance protects up to a quarter of the policy holder’s cereals and oil seeds output.  Pay-outs will be triggered if there is more than a 10 per cent difference between the DEFRA regional yield data for the year, relative to the eight-year regional average.

The product can cover either a farm’s total crop output or individual crops, such as winter oilseed rape, winter barley, winter wheat or spring barley.

“Whether it be climate change, new pestilent diseases, such as the cabbage stem flea beetle, the withdrawal of certain plant protection products, or the challenge of staying profitable in a post Agricultural Act world, this innovative product gives you back an element of control in a volatile environment,” said Wailes-Fairbairn.

“Crop Shortfall Insurance enables your business to lock in the value of your expected production for the following year’s harvest at the price of your choice. Businesses can sell ahead with confidence, enabling them to take advantage of future commodity prices at a level which they know they can make an acceptable margin safe in the knowledge that however the yields in your region are affected, you have significantly protected the value of your output.

“At a time when long-term planning and business sustainability are becoming increasingly difficult for farmers, this simple, straightforward, affordable product can offer farmers some much-needed peace of mind.”