With the T2 fungicide application imminent in many crops of winter wheat, recent weather conditions will make curativity of Septoria key. Revystar XE contains the first isopropanol-azole Revysol, and the leading  SDHI, Xemium  and brings a much-needed new azole to the market and adds confidence that, when Revysol is added to T2 tank-mixes, it will deliver much needed curativity, even where latent infections, undetectable to the human eye, are present.

Met office records show that although April was drier than average, the rain that did fall across the UK, fell mainly in the last four days of the month. Steve Dennis, BASF, head of Business Development UK said, “ A lot of growers would have applied their T1’s before the rain came, when many crops were under drought conditions so some T1 sprays may have been a bit light. That rain will have moved the disease so leaf 3 and even leaf 2 could well have Septoria infection on them now even though it won’t be visible as symptoms appear after a 14-28 day latent period. By the time the pycnidia can be seen much of the damage has already been done within the leaf itself.”

BASF has run three seasons of Cura Crop analysis of farmers’ crops to determine the level of latent infection. Mr Dennis said, “Based on the farmers’ pre-T2 visual assessments of leaf two, 60% thought their crop was disease free. The reality was, however, quite different. DNA analysis showed there was infection on leaves three and four at 75-90% of locations and on leaves one and two at 50 – 65% of locations. This lays bare the myth that no visible infection means no disease even in what is considered a lower disease year. Unless leaf tissue analysis is carried out it is impossible to know what hidden infection there is in the crop.” 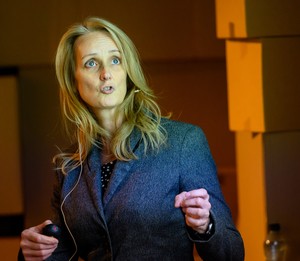 Dr Julie Smith, (left) principal crop pathology researcher ADAS, carried out independent technical trials to explore the new azole in Revystar XE, Revysol. Dr Smith said, “DNA assessments were carried out on leaf tissue in ADAS trials to determine the efficacy of Revysol  treatments. Results showed that even where there was no visible sign of infection on flag leaves, the untreated and prothioconazole treated leaves had much higher levels of Septoria than the Revysol  treated crops, even 15 days after application.”

Revysol  not only has curative ability but also longevity as well. Dr Smith said, “In the real world, you can’t always get on the crop at that perfect timing; it could be too wet or there may be other challenges on the farm. We wanted to see how far either side of the traditional T2 timing we could apply Revysol and still maintain disease control.”

She said, “We found that whilst GS 39 is the optimum timing to apply Revysol, it outperformed prothioconazole at every single application timing – 5, 10 or 15 days before or after the flag leaf spray timing.

There was very little difference in Revysol® ’s performance when applied at GS39 or 5 days before or 5 days after. When we looked at stretching it to 10 days Revysol® still gave control which was as  good as prothioconazole applied at the GS 39 timing.”

Dr Smith cautioned, “ I am not advocating that growers apply Revysol® in a highly curative situation, the point is they can have the confidence that Revysol® will still perform when it is applied outside of the traditional T2 timing, if they are unable to get on their crops.”

Heavy bursts of rain can cause chaos to spraying programmes and Dr Smith carried out trials to test Revysol under exactly these types of conditions, using irrigated and non-irrigated wheat plots.

She said, “Irrespective of whether rainfall was in intense short bursts, or more prolonged showers, Revysol® was the most rainfast cereal fungicide, with very minimal losses occurring, even when heavy rain fell 15 minutes after application.”

Revystar XE ‘s  formulation ensures rapid uptake into the leaf which  protects the chemistry from both rain and UV degradation and gives the product it’s curativity. Once inside the leaf, Revystar XE  forms inner leaf reservoirs which slowly release the chemical molecules over time giving Revystar XE it’s longevity.