Provisional harvest data shows that the variety has returned a 94% gross output (4.04t/ha) and is now expected to continue to be the leading Clearfield variety on the List when it is announced at the end of the year.

The non-dwarf, double low variety is currently the only Clearfield hybrid to be recommended by the AHDB for the UK region and has performed well again in this year’s harvest. 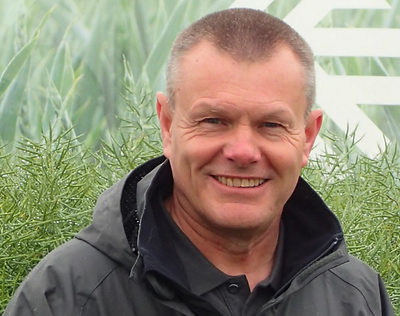 “PT279CL was the very first Clearfield variety to ever make the Recommended List and has shown its strength once again this season.”

It scores 6 for light leaf spot and 5 for stem canker with an oil content of 45% on the current List.
Mr Stainthorpe said: “The AHDB testing is robust, independent and effectively the toughest process a variety can be put through so to be the only Clearfield on the current List, and to back that up in 2020 with another great performance, shows the quality PT279CL possesses.

“If you already grow with the Clearfield system or are thinking about moving over, PT279CL OSR is your best choice.”

PT275 is the first double low hybrid from the Pioneer pipeline to reach the top level of the East/West table since PR46W21 which enjoyed enormous popularity among UK growers.
The non-dwarf variety currently scores a 6 for light leaf spot and a 5 for stem canker.
Andy said: “PT275 has no significant weaknesses and has displayed real stability during four very different seasons and no matter what has been thrown at it PT275 has delivered fantastic yield.”