Building on its core promise to lead the way in establishing compatibility between precision software platforms and in-field machines, Omnia has now teamed up with the CLASS API to provide users with the ability to seamlessly transfer prescriptive data files between the two systems.

This will provide users of Omnia and the CLAAS API with a much more efficient and faster means of transferring prescriptive data between the two systems, taking away the need to manually move data from one machine to another.

Back in 2019, Omnia and CLAAS TELEMATICS developed the capability to transfer yield mapping data between the two systems. This latest development takes this compatibility much further; Omnia users can now seamlessly send prescriptive files straight into the CLAAS API which was developed specifically to provide an interface between TELEMATICS and third-party farm management information systems (FMIS).

Omnia is the first, and currently only, precision software platform in the UK to have this link-up with the CLAAS API to send prescription files. This feature is compatible with the new CLAAS CEMIS 1200 terminal being launched this summer. 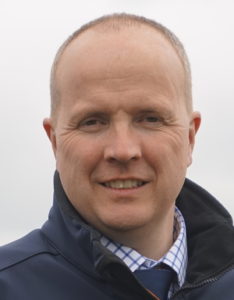 “Once the link is established, the system syncs yield data automatically overnight, every night. This allows the user to spend more time looking at how the data is being used to improve farm productivity, rather than the physical transfer of the data. For prescription files the sync happens instantly. As soon as you send a task from Omnia it is available on the CEMIS 1200 terminal ,” says, Oliver Wood, precision technology manager for Hutchinsons, the company behind Omnia

Over the last two years, similar collaborations between Omnia with MyJohn Deere, Muddy Boots and more recently Bayer’s Fieldview have been welcomed by the industry.

“When we launched Omnia we set out to lead the way in improving the connectivity between systems for the transfer of data using cloud computer systems, and I am delighted that we have been able to do this and make this available for UK growers to use this harvest.”

“Direct synchronisation of harvest data from CLAAS Telematics to Omnia has made our customers more productive by freeing up time previously used down loading and uploading data. With the new API, tranfering prescription maps to our new CEMIS 1200 terminal is now easier than ever. No need to visit the machine with a USB stick anymore,” adds CLAAS UK Product Manager – Smart Farming,