Stored grain of any kind is susceptible to insect attack. Evidence from archaeological deposits and written records tells us that insects have always been pests of stored food.  There are two types of grain pest. Primary pests attack the whole grain and usually develop and feed inside the kernel. These include the granary weevil, the lesser grain borer and the angoumois grain moth. Secondary pests are unable to penetrate whole grain and only attack grain damaged by primary pests. These include the red and confused flour beetles, the Indian mealmoth and the saw-toothed grain beetle. 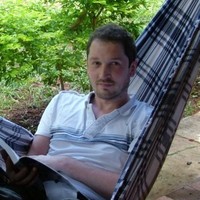 Losses can be minimized if infestations can be quickly identified and appropriate control strategies adopted. This is usually achieved by monitoring for the presence of insects or signs of their activity such as excreta, damaged grain or shed skins. The most effective monitoring techniques use traps with pheromone lures or a food attractant. Pheromones are chemicals produced by individuals of a species that are used to elicit a behaviour in individuals of the same species – a form of chemical communication. The pheromones of interest to us are sex or aggregation pheromones. Sex pheromones are produced to attract the opposite sex, while aggregation pheromones attract both sexes.

Sensitive monitoring is essential to the success of any Integrated Pest Management (IPM) Plan. IPM, in a nutshell, is a holistic approach to pest control using a variety of different strategies (e.g. chemical, biological, physical) to manage pest populations in an environmentally sustainable manner. Globally this approach is now being adopted in all markets affected by insect pests. Monitoring enables early detection of low-level infestations and indicates the location of infestations. Furthermore, data acquired from monitoring enables targeted use of pesticides and is a useful barometer of success of implemented control strategies.

So what trapping systems should be used to monitor for stored product pests? This depends upon what pests are present and the product that is being stored. The most effective traps currently available include pitfall traps, probe traps, flight traps and floor traps. Trap design and location are also essential to the performance of any monitoring system.

Pitfall traps are typically used without pheromone lures (although occasionally with food attractants) and are dependent upon insect activity, so at higher temperatures greater numbers will be caught. These traps are particularly useful at monitoring beetle pests such as the granary weevil and the lesser grain borer. They are typically located at the grain surface or a few centimeters below. Positioning can affect catch rates; in studies, traps positioned at the surface caught significantly greater numbers of the granary weevil than traps located 5cm below the surface.

Probe traps are used to catch insects present at lower depths, such as red flour and flat grain beetles. Research has demonstrated that using a food attractant, along with a greater density of holes and a wider hole diameter (3 to 4 mm) improved performance. When positioned in infestation hot-spots considerable numbers of insects can be caught; Over 10,000 red flour beetles in a week is not unusual.

Two options exist for monitoring flying insects: sticky traps (small delta traps) and plastic funnel traps (Unitraps). In dusty environments such as grain stores, Unitraps offer a better solution as they function without a glue surface that rapidly loses tackiness when saturated with dust. Flying insects entering a facility may even be caught before reaching the grain store. Flight traps are the best solution for moths such as the Indian meal moth and strong flying beetles such as the lesser grain borer.

Floor traps capture ground crawling beetles such as red flour beetles. These are most useful at catching insects moving between several separate areas/food sources. These traps are almost always used with a pheromone lure and often a food attractant such as wheat germ oil and perform best when located in areas of greater insect activity such as alongside walls.

Development of an effective monitoring system requires both a thorough understanding of the insect pest’s behaviour and an appreciation of the constraints presented by the environment in which it will ultimately be used.