Pulse growers across the country can substantially improve their spring crop performance this season with tailored seedbed nutrition, suggest pioneering 2020 field-scale Yorkshire trials across a range of soil conditions.

Run by Agrii’s northern R&D team across 18 ha of commercial vining pea and bean crops around Beverley, Market Weighton and Driffield, the trials recorded yield increases averaging almost 30% from a special formulation since added to the company’s Agrii-Start fertiliser range for 2021. These were accompanied by obvious improvements in almost every aspect of crop growth and development from sowing to harvest.

“The early nutrition of spring peas and beans has been sadly neglected to date,” observes Agrii R&D manager, Jim Carswell who co-ordinated the work. “Yet, we know strong and rapid early crop growth is every bit as key to performance as it is with spring cereals. And we consistently see valuable spring cereal performance improvements from better nutrition around establishment. 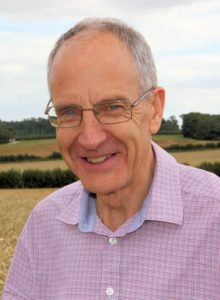 “So, last season we set out to build a clearer picture of early spring pulse nutrition and the potential for improving it to support growers’ increased rotational interest in peas and beans. We used vining crops as our most convenient local testbed, but the fundamental growth and development responses we recorded leave us in no doubt our findings are far more widely applicable.

“Importantly too, the trial sites had very different pH levels and P and K indices, making the results equally relevant across a wide range of soils.

“Knowing how much of a constraint phosphate lock-up, in particular, can be in many cases, we were expecting useful responses from including a carefully-formulated blend of TSP, polysulphate and MOP protected with P-Reserve in the seedbed,” Mr Carswell says. “But the extent and consistency of improvements over the standard farm programmes really surprised us.”

In all three trial crops, visually obvious improvements in plant rooting and shoot growth were evident within three weeks of sowing. These carried through to noticeably faster leaf production, higher plant chlorophyll levels (recorded with an N tester and NDVI satellite imagery) and both taller and stiffer pea canopies. Markedly better podding and pod fill were obvious in the run-up to harvesting too, confirmed by the recorded yield increases (Table).

Alongside these improvements, tissue analyses throughout the growing season showed higher levels of up to seven of the 11 key nutrients measured. What’s more, despite the dilution effect of higher yields, analysis of the harvested produce also showed increased nutrient levels in many cases.

“With the exception of the beans at Driffield which received no spring fertiliser due to a history of chicken manure applications, we adjusted our specialist starter fertiliser rates to match the main nutrient provision of the standard farm practice as closely as we could,” explains Mr Carswell. “As all other elements of the crops’ agronomy were identical we can be sure the responses resulted from the change in spring fertilisation.

“The phosphate protection provided by P-Reserve clearly worked well in boosting both root and shoot growth. To such an extent that both the pea crops receiving it were almost a full leaf pair ahead of the farm programme from a month after sowing. The differences in plant height and stiffness were also very obvious here.

“Once the beans began growing strongly those receiving the starter fertiliser romped away so they were almost 10cm taller and had an NDVI advantage of over 30% by harvest. This was associated with far better root proliferation and nodulation.

“With the starter fertiliser we also recorded higher levels of important key trace elements like manganese, zinc, molybdenum and boron in both our tissue and final produce testing even though it provided no extra micro-nutrients,” Mr Carswell adds. “This suggests the chelating action of the P-Reserve was valuable in maintaining their bio-availability too – a useful extra bonus.”

The scale and consistency of the improvements achieved in this work have led Agrii to introduce the P-Reserve treated 0.17.19 + 19 SO3 formulation as Agrii-Start Pulses for the coming spring.

Given the nutrient’s importance in root nodule formation and its low levels in many soils, the Bishop Burton-based R&D team are extending their trialling to include a specialist molybdenum coating in their 2021 pulse nutrition work.

They also believe crop performance could be increased still further by placing the starter fertiliser with the seed rather than merely incorporating it into the seedbed ahead of drilling. At the same time, they suggest the improved rooting and nodulation they have seen is likely to give valuable extra benefits for the following crop.