The attributes of a new oilseed rape variety could make it the perfect fit for farmers who plan to switch to early drilling to improve autumn establishment.

PX131 from Pioneer, the seed brand of Corteva Agriscience, is the first semi-dwarf hybrid to be added to the AHDB Descriptive List.

Its low-spreading growth habit in the autumn, winter hardiness and high oil content will appeal to farmers who are bringing forward sowing dates as they seek optimal establishment.

Andy Stainthorpe, Seeds and Inoculants manager at Corteva, says semi-dwarf winter oilseed rape has always appealed to growers looking for stiff-strawed varieties that are easy to manage and harvest.

But with the current challenges with winter oilseed rape, interest in varieties such as PX131 is being renewed. 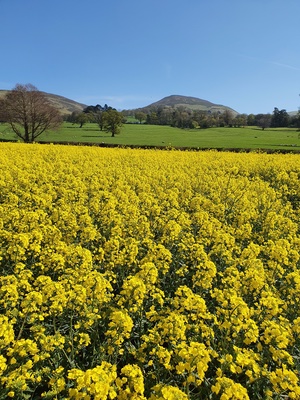 Mr Stainthorpe said: “What we’ve seen across the UK is a change of mindset towards oilseed rape establishment and farmers have been sowing earlier or later than usual in a bid to find good seedbeds and moisture.

“With PX131 we have a variety with all the attributes an oilseed rape grower would look for if they are planning to sow early.”

Pioneer has invested heavily in its breeding programme to deliver a product that fits the modern oilseed rape market.

The dwarfing gene introduced to the hybrid results in a plant that’s consistently 25-30cm shorter, meaning excellent resistance to lodging.

The growing point in the plant drives down into the stem lower than a non-dwarf hybrid or conventional variety, and its growth habit is to spread outwards rather than upwards as it establishes.

Mr Stainthorpe said: “This makes the plant extremely winter hardy. They are not standing proud over winter and are anecdotally less susceptible to damage from pigeons and other pests.”

PX131 scores seven for light leaf spot and six for stem canker while delivering an oil content of 46.7% – higher than any variety on AHDB’s Recommended and Descriptive List.

“The fact that PX131 is the first semi-dwarf on the Descriptive List speaks volumes for how it performed in what is far and away the toughest set of independent trials to do well in,” Mr Stainthorpe added.

Mr Stainthorpe said: “The pipeline of chemistry and seed varieties that Corteva is bringing forward shows how committed we are as a company to the UK oilseed rape crop.”