Produced as an organic industry-wide blueprint, the report sets out a comprehensive rationale for how and why organic land management should be integrated into English agricultural policy.

It’s publication is welcomed by OF&G’s chief executive and EOF member, Roger Kerr, who believes that organic can be a powerful pivot for system change.

“Collectively, the EOF is intent on amplifying the voice of the organic sector, as key decision makers fail to engage in a meaningful dialogue. It’s a perplexing situation, given the widespread acceptance of the need for an agroecological transition in our farming systems. That’s matched by a growing demand for organic in the UK and a shifting consumer mindset towards our environmental responsibilities,” explained Mr Kerr. (Find out more about the growing demand for organic in the UK: https://www.aafarmer.co.uk/news/uk-organic-market-hits-highest-growth-level-in-15-years.html ) 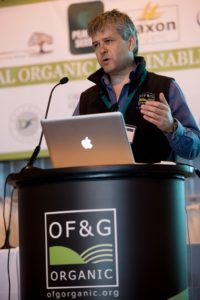 Mr Kerr added: “In principle and practice, an organic approach simultaneously delivers on multiple outcomes and provides numerous benefits in line with the ambition of current policy initiatives. This needs to be recognised and implemented,”.

OF&G are striving to achieve organic recognition for the report from Defra in the Environmental Land Management (ELM) scheme, and have already set out a clearly defined and compelling case, as well as stating proposed recommendations for including organic within the policy framework.

The EOF report is being circulated to MPs and can be downloaded from OF&G’s website.